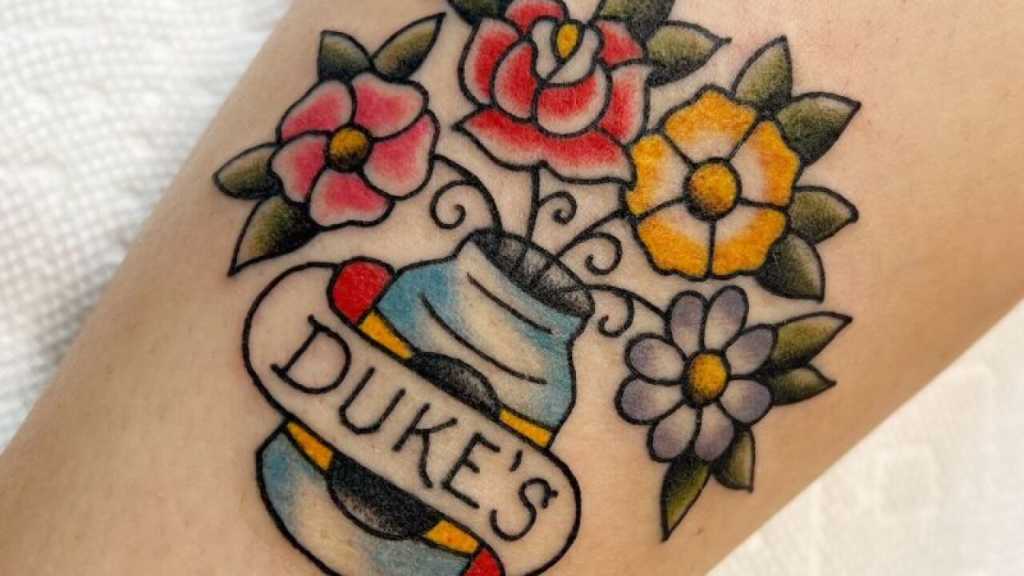 Last week, Duke’s Mayo announced an official free tattoo promotion. In a post shared to the company’s Instagram, it was revealed that a Richmond, Virginia tattoo shop would be offering free mayo-themed art.

This post was paired with a video that showcased some of the 40 options that would be available the day of the event at Yellow Bird Tattoo. And clients could choose between black & white or color. The post also warned that appointments are first-come, first-served.

They have since edited the announcement to say “spots are full. Any new emails will be placed on a waitlist. We’ll be posting some FAQs soon with more info. THANK YOU 💋”

Demand was apparently so high, that Duke’s had to make a FAQ section. And, a second Instagram post where they again confirmed all the original spots were booked up. But, they said they had some extra spots they would be giving away, advising anyone who wants one to follow @dukesmayotattoos for more details.

Duke’s also confirmed Yellow Bird Tattoo will be offering some of the flash for sale after the event. It won’t be free but can you really put a price on your love of Mayo?

“Duke’s is a cult brand due to consumers’ extreme passion for it. From using the jars as wedding centerpieces, to urns and tattoos,” Rebecca Lupesco, Duke’s Brand Marketing Manager, said. “We’re here to reward that passion and as a fun bonus, maybe become the most tattooed mayo brand in the world.”

Duke’s also says that they want to be the “most tattooed mayo brand in the world.” Well this is certainly a start!