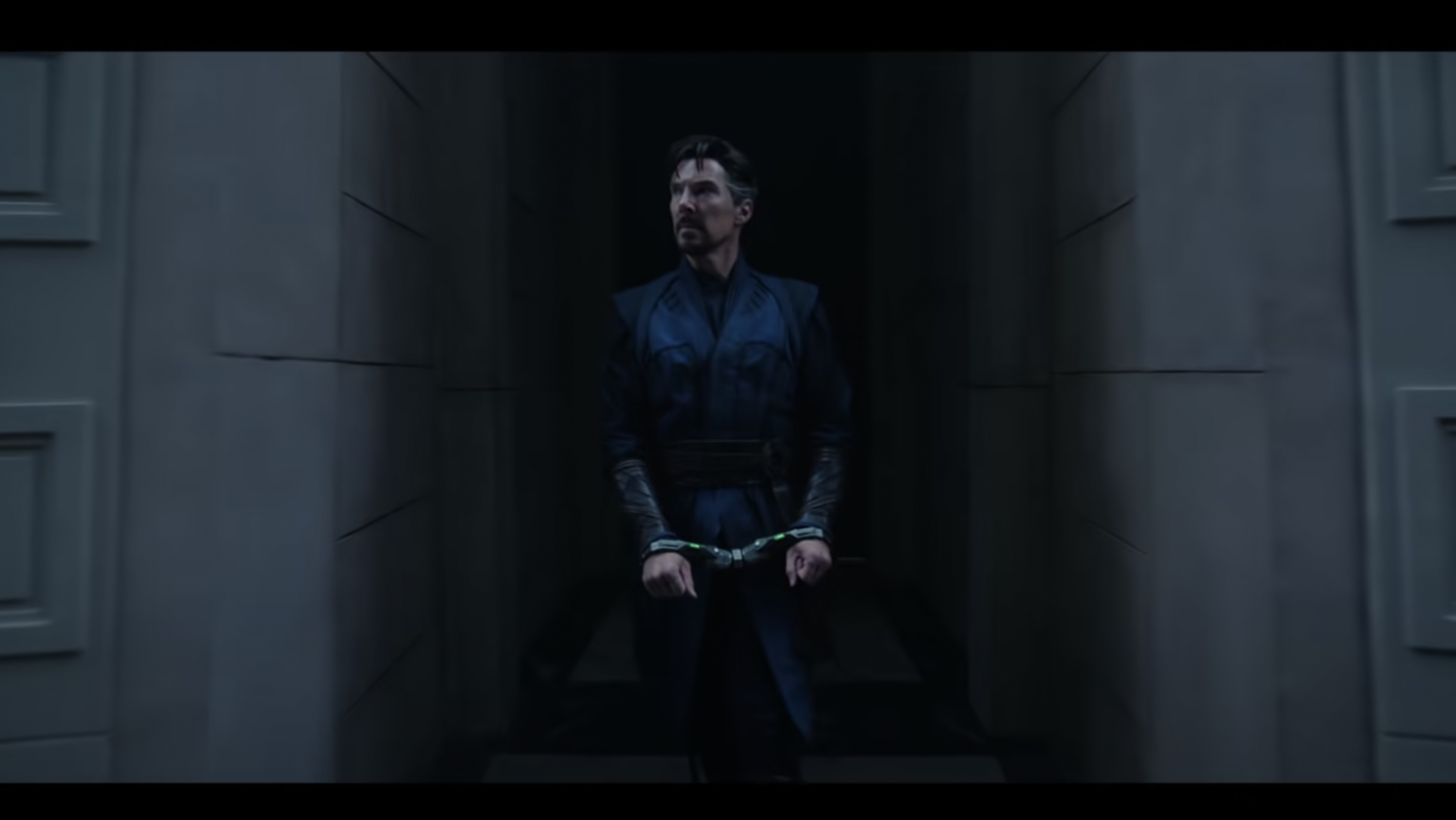 We don’t like to get spoiled on big reveals, and we’re pretty sure you don’t, either. So, if you DON’T want to know about some of the surprises coming in “Doctor Strange in the Multiverse of Madness,” maybe find something else to read.

If you’re still here, we’re going to continue to talk about the official “Doctor Strange” Illuminati teaser released by Marvel Studios two days ago. Sure, it hit RIGHT at the tail end of CinemaCon 2022 in Vegas, so maybe most fans missed it. There *was* a lot of other news that day, to be fair.

Let’s dive right into it. The three biggest things revealed in the new teaser are:

Captain Carter will appear in live-action.

We first saw Captain Peggy Carter brought to life in Disney+’s “Marvel’s What If…?.” The gist of the story being what if Peggy Carter (voiced by “Agent Carter” star Hayley Atwell) got the super serum INSTEAD of Steve Rogers? It’s the first episode of the animated series, so maybe revisit that before “Doctor Strange” hits theaters.

Patrick Stewart will appear as Professor Charles Xavier of the X-Men, complete in his 90s’ yellow chair.

This one is perhaps the most exiting of all! After MANY years of waiting, the X-Men will finally join their Marvel Comics’ fellows in one film. We knew from the first “Doctor Strange in the Multiverse of Madness” trailer that Sir Patrick Stewart was likely involved. But, Stewart himself has been aloof about confirming anything. Obviously the above image of the yellow hover chair is a direct homage to the incredible “X-Men” animated series from the 90s. With Disney+ having announced a revival of said series, “X-Men ’97,” it’s likely to be tied in to this film and other places within the multiverse.

So, needless to say, we’re even more excited now.

“Doctor Strange in the Multiverse of Madness” hits theaters on May 6th, 2023.

See the Illuminati trailer for yourself: