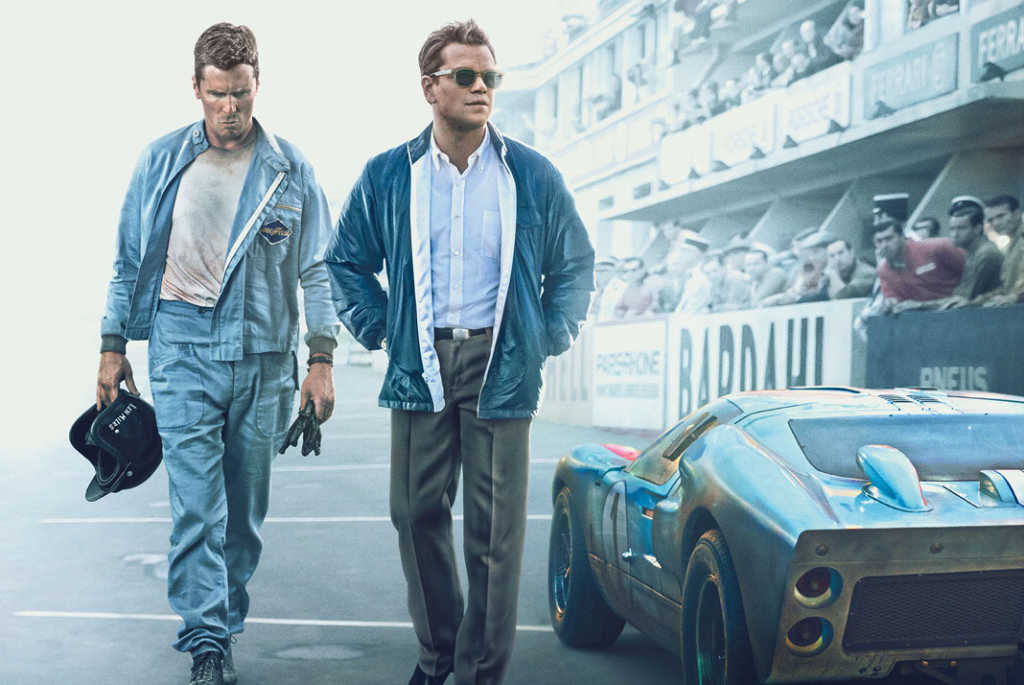 Five Movies To Watch About Sports

A lot of good films have been made about sports and athletes. Many of them are based on real events so viewers can see the life story of their favorite athlete. In addition, sports movies help you believe in yourself, and your dreams, and try to live up to them. We have collected for you movies about different sports: basketball, figure skating, football. Some of them can not only help you have a good time but also motivate you to do something new.

In the early 1960s, Henry Ford II decided to improve the company’s image and start producing more modern cars. The Americans decide to challenge Ferrari, the Italian rival, and win the prestigious 24 Hours of Le Mans.

To create a suitable car, the company hires car designer Carroll Shelby, who, in turn, refuses to work without driver Ken Miles. Together they get to work to develop the Ford GT40 sports car, which later became known to the whole world.

If you want to watch some real races after watching the picture, go to https://bookmaker-ratings.com/. You can find a bookmaker with broadcasts and bets on the largest motorsport championships.

The film is based on the real story of Ken Carter which happened in 1999 in Richmond, California. The main protagonist was personally present on the set and was happy with how Samuel L Jackson played him.

High school basketball coach Ken Carter decided in mid-season to ban undefeated players from the court because of poor school performance. Young basketball players were denied access to the gym until they began to study well. As a result, the team missed two championship games, and the coach’s ambiguous act caused mixed reactions from parents and school management.

The tape was filmed in the format of an interview about the investigation of the scandalous story of the champion’s fall. The first American figure skater to complete the triple Axel had a hard time: a despotic mother, violence from her husband, failures in competitions due to low marks by the judges.

Tonya did not break down in such conditions and was not afraid to show her fighter’s character to the whole world. But the plan to intimidate her rival during one of the most important competitions went sideways for Tonya Harding.

Frankie Dunn is a boxing coach who never managed to raise a champion. His daughter turned away from him, and the best fighter went to another manager. Suddenly, Maggie Fitzgerald, a 31-year-old waitress who dreams of becoming a boxer, appears in Frankie’s life. Dunn is not eager to train her, but with her perseverance and zeal, Maggie forces him to take her as a student. Ahead of them is the main battle, which requires taking every ounce of will and fortitude.

Mike is an African-American from a family of drug addicts and alcoholics, who live either in foster families or on the street, constantly change schools, and do not cope with the curriculum at all. Having once again lost the roof over his head, Mike wanders in the rain to nowhere, when Lee Ann Tui notices him.

Without thinking twice, Mrs. Tui takes the lonely guy to her house and her family. Mike’s life plays with new colors: he lives in a loving family, gets into the school’s American football team, and achieves success both in sports and, finally, in school.

Eddie Edwards dreamed of the Olympic Games since he was a child. The clumsy bespectacled boy tried every sport that could get him into the Olympics. But failure haunted him and, resigned to fate, the guy decided to continue the family business and become a plasterer.

Just at that moment, Eddie saw the ski slope and decided to get to the Winter Olympics by all means. After a bit of downhill skiing, he learns that the UK hasn’t had a ski jumper for decades. Determined, Eddie sets off to the training base.