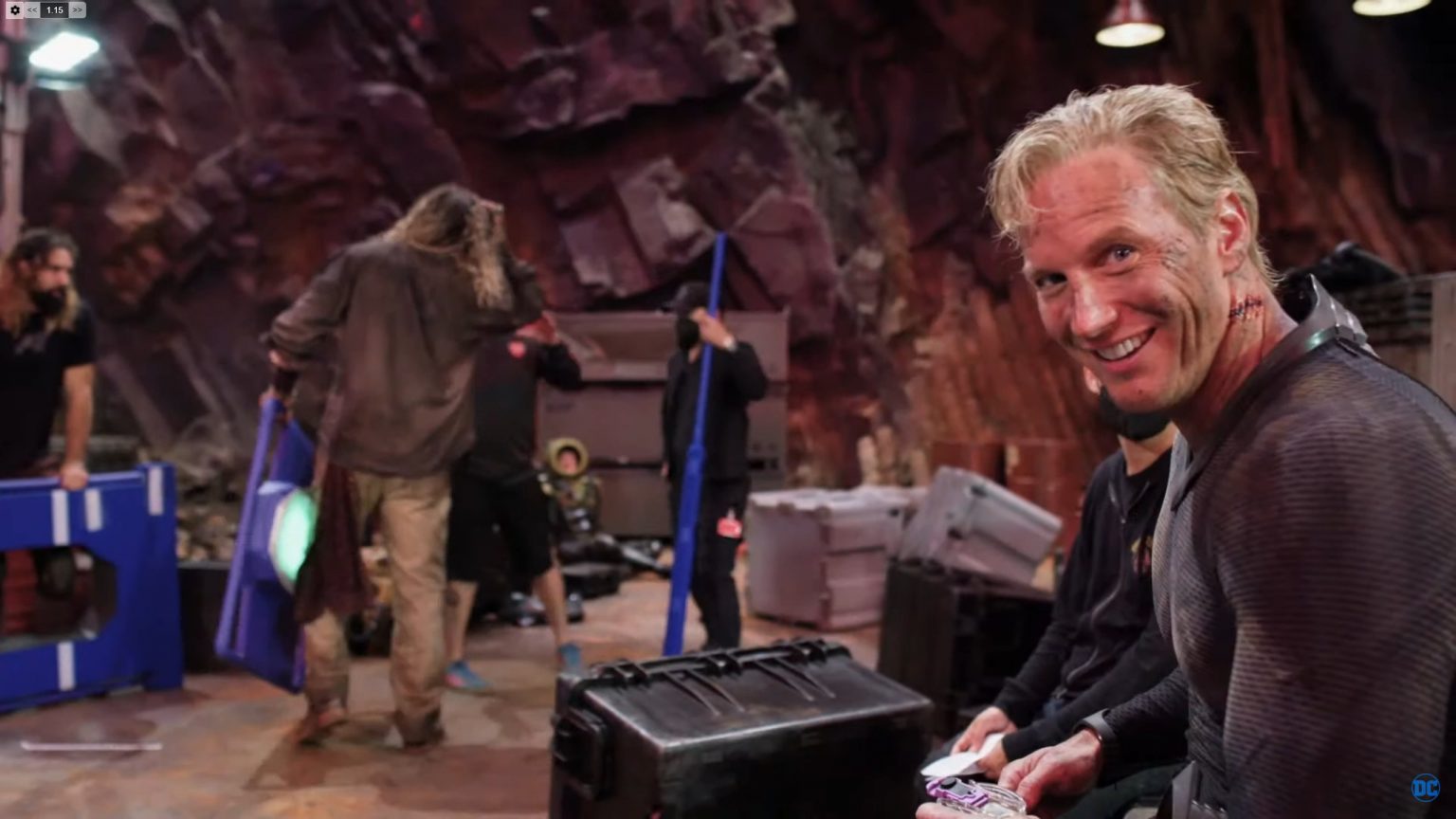 Whether you’re following “Aquaman” because of all the current legal drama surrounding Amber Heard (or you just genuinely like the movie), we’ve got some exciting news for you. Warner Bros. Pictures welcomed director James Wan to their panel during CinemaCon 2022 in Las Vegas.

A featurette for “Aquaman and the Lost Kingdom” was shown, and an unlikely team up was revealed!

While the featurette is not available to the public, Fangando EiC Eric Davis’ word can be trusted as far as first impressions go. Saying that it “looks rad” means that we’ll be able to expect some of the same amazing effects the first film is known for. Things like flowing hair movements, CGI fish, and amazing underwater effects. Hopefully this time around, it will earn a nomination for the Academy’s VFX category.

“Aquaman and the Lost Kingdom” will see Jason Momoa forging an uneasy alliance with an unlikely ally to save Atlantis and the rest of the planet. In the featurette shown it showed Aquaman teaming up with King Orm (Patrick Wilson) against Black Manta (Yahya Abdul-Mateen II), who’s now more terrifying than ever.

“Aquaman and the Lost Kingdom” releases in theaters March 17th, 2023.