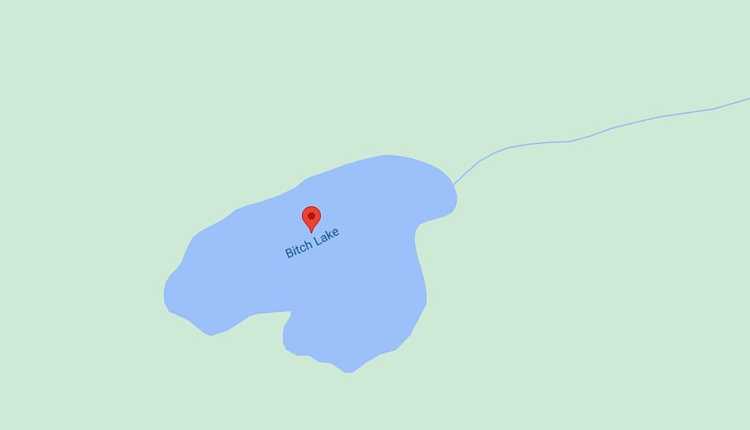 Admittedly, I have been to Idaho three times, and all of them have been on purpose. However, I was not informed of Bitch Lake during any of those trips. If someone told me there was an actual lake with this name, I would have made it a top priority to visit more than once for no other reason that to say that I’ve been there. We usually think of potatoes when we think of Idaho, but I think it’s safe to add Bitch Lake to the list of state notable things.

So let’s answer two questions: what is Bitch Lake and how the hell did it get such an name. Bitch Lake is located in Idaho County, Idaho near the north central part of the state. It has multiple streams and creeks that expand out, and the lake spans approximately 9 acres. It is notable for its fishing, with a large population of largemouth bass in its waters. It is rather isolated, with no large town nearby for a 20 mile radius. There are also trails from the Selway Bitterroot Wilderness (3rd largest wilderness in the lower 48) that will take you too and from the lake, if hiking and trailing is your thing.

Granada – The Pride Of Spain And A Combination Of…

Reasons to Move to Massachusetts

So, how did a fishing lake in the middle of the wilderness get such a fantastical name? Well, the truth is rather disappointing compared to whatever your imagination has conjured up. There is a lot of factual information available, but from what we can gather, it is said to be a corruption of the French word “biche” (which means doe), and that French trappers originally named the waterway “Anse de Biche.” So technically, it should be called Doe Lake, but we all know that bitches can’t be trusted.

Ok, I raise my hand that last comment was unprofessional. But I mean, c’mon! It’s called Bitch Lake! How can I possibly refrain from vulgar puns?! Bitches be trippin, am I right? It definitely adds a whole new meaning to chillin with my Bitch. Ok, ok, one more. Imagine a text conversation. Someone asks, “What are you up to?” and you reply, “Bitch fishing” and meant it.

I’m sorry, but 12 year old me who just learned how to curse can’t get enough of the many many ways to say Bitch Lake. I guess the next logical step is to return to Idaho and fulfill my destiny of being able to post on Instagram with the captain, “Living my best life up in this Bitch!”

$8 Million Awarded to Nevada Man Served Chemicals Instead of Beer

What is Regression Testing? Why is it Crucial for Your Website?

First Time In Las Vegas? Here’s Some Things You Need…

Book a Stay in The Grinch’s Cave for the Holidays!