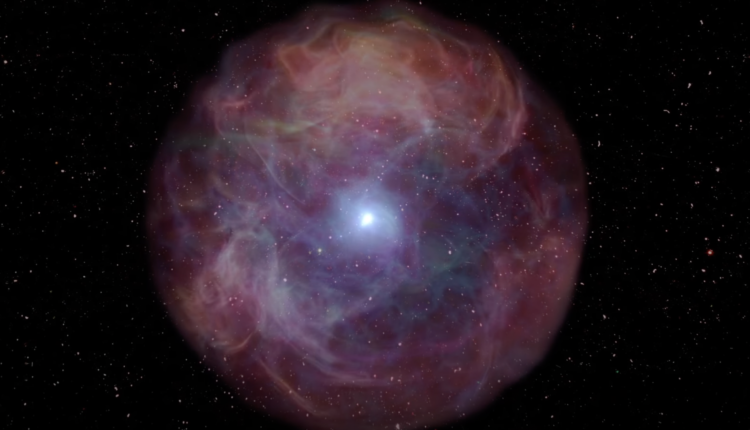 Supernovas and dying stars have always been something of a mystery. We know they happen, had proof of them even. But we never knew what one actually looked like as it entered its final stages of life. Thanks to a group of scientists that were able to catch one 130 days before collapsing, we have a much better idea of what actually happens during those final days.

The team was able to watch as it happened. By detailing these events, they were able to capture images in real time, and create a video showing the process. The star’s rapid self-destruction and the events leading up to collapsing into a Type II Supernova are shown in a video created by Adam Makarenko of W. M. Keck Observatory. (It is an artist’s rendering, not actual video of a supernova.)

“This is a breakthrough in our understanding of what massive stars do moments before they die. Direct detection of pre-supernova activity in a red supergiant star has never been observed before in an ordinary Type II supernova. For the first time, we watched a red supergiant star explode!”

The January 2022 issue of The Astrophysical Journal published the study. I’m not one for numbers and equations, so I won’t include them here. But, if you want to read more about the scientific aspects of all this I recommend reading this article from SciTech Daily.

But the resulting video certainly is beautiful.

Tim Allen WILL Star in Disney+ “The Santa Clause” Series