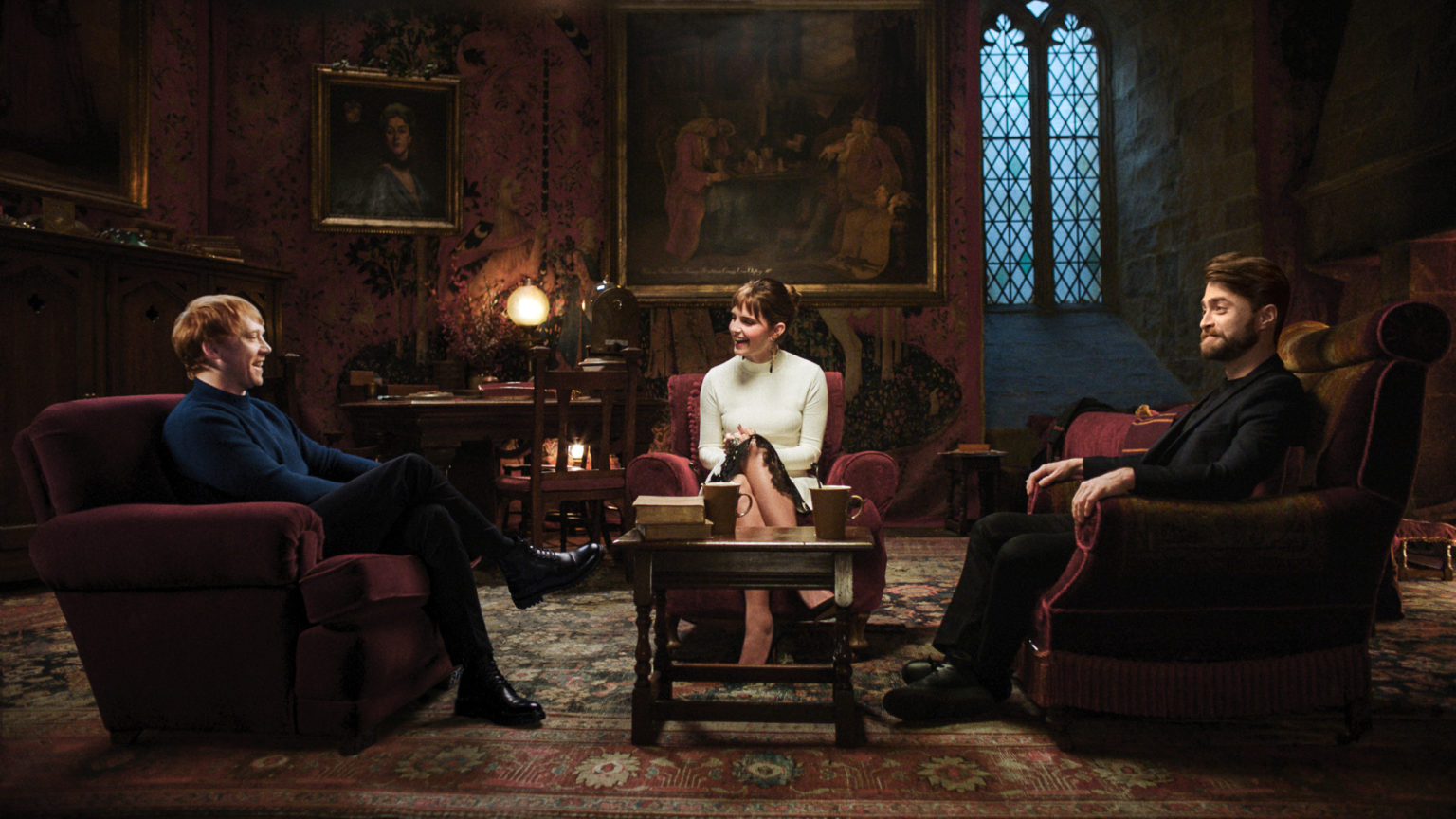 We’ve been talking a lot in the last few weeks about HBO Max’s “Harry Potter” 20th reunion special. “Return to Hogwarts” hit the streaming service on January 1st, and it’s absolutely worth watching. Especially if you’re more than a passing fan of the series.

The one thing we DO want to point out though is despite reports to the contrary (which we ourselves ran, among pretty much every other outlet out there), problematic author JK Rowling does appear. True, it’s in interview segments dated 2019, but she is most assuredly there. It is interesting that Rowling’s segments are the only ones with a date and location prominently displayed on screen. Almost like Warner Bros. Pictures wanted to make a point of “oh she wasn’t there around the cast this time,” or something.

“Return to Hogwarts” really is magical. Seeing these actors together again on familiar sets (the Warner Bros. Studio Tour in the UK) is delightful. There are stories of growing up, funny anecdotes, and tearful memories of those who have sadly passed on.

The only downside is I find myself questioning why New Line / WB didn’t do the same thing for Peter Jackson‘s “The Lord of the Rings,” which also celebrated it’s 20th anniversary. Thank goodness for Steven Colbert and his LoTR rap.

“Return to Hogwarts” is available to stream on HBO Max now.