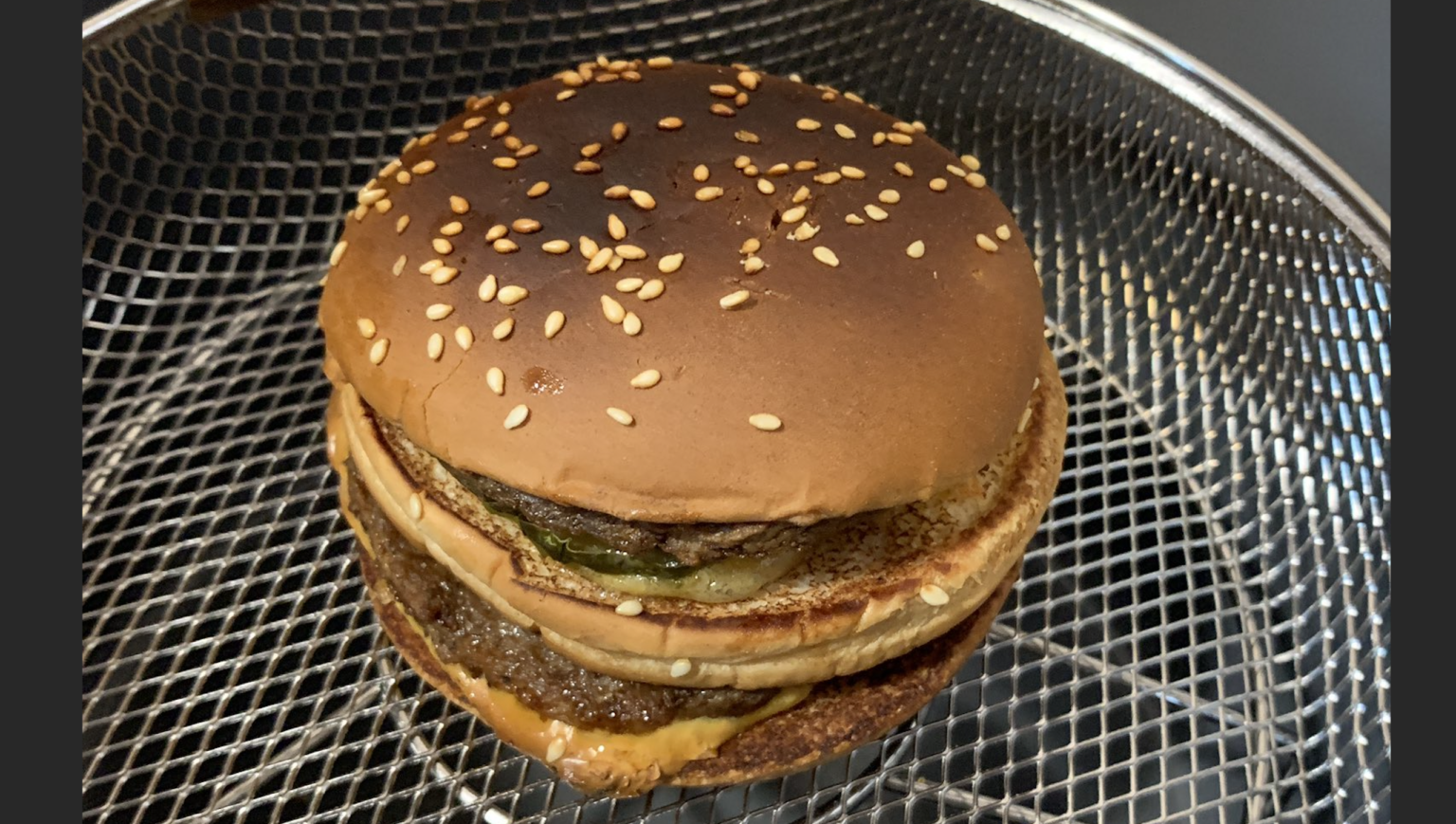 We want to start by saying this is an absolutely TERRIBLE idea. One of those why in the world would anyone even ATTEMPT such a stupid thing kind of idea. So, in the vein of our friends from “MythBusters,” don’t try this at home.

Twitter user KLobstar decided on January 1st, 2022 that sticking a McDonald’s Big Mac in an air fryer for 120 minutes was a GREAT IDEA. We do need to point out this isn’t Lobstar’s first encounter with putting some form of precooked food in an air fryer. Last year, he did the same thing with a hot dog. Much to the chagrin of his sainted wife. (Read about THAT affront to the divine here.)

The resulting Twitter thread is long. It is so very, very long. There are many descriptions of the smell- which, we hope, Lobstar’s landlord never finds out about because there goes your deposit, buddy. “Oh god the smell in the last few minutes has become thick, it’s vaguely tomato-ey and I can smell it across the house,” Lobstar writes. Okay fine, maybe they own their own home then, and you can disregard my comment about deposits.

Seriously. Read if you’ve got about 20 minutes, and then imagine yourself lucky you’re not married to this guy. (We kid, we kid- he’s probably a wonderful person, but if someone pulled this stunt in my kitchen with MY not cheap appliances….they would no longer be my partner.)