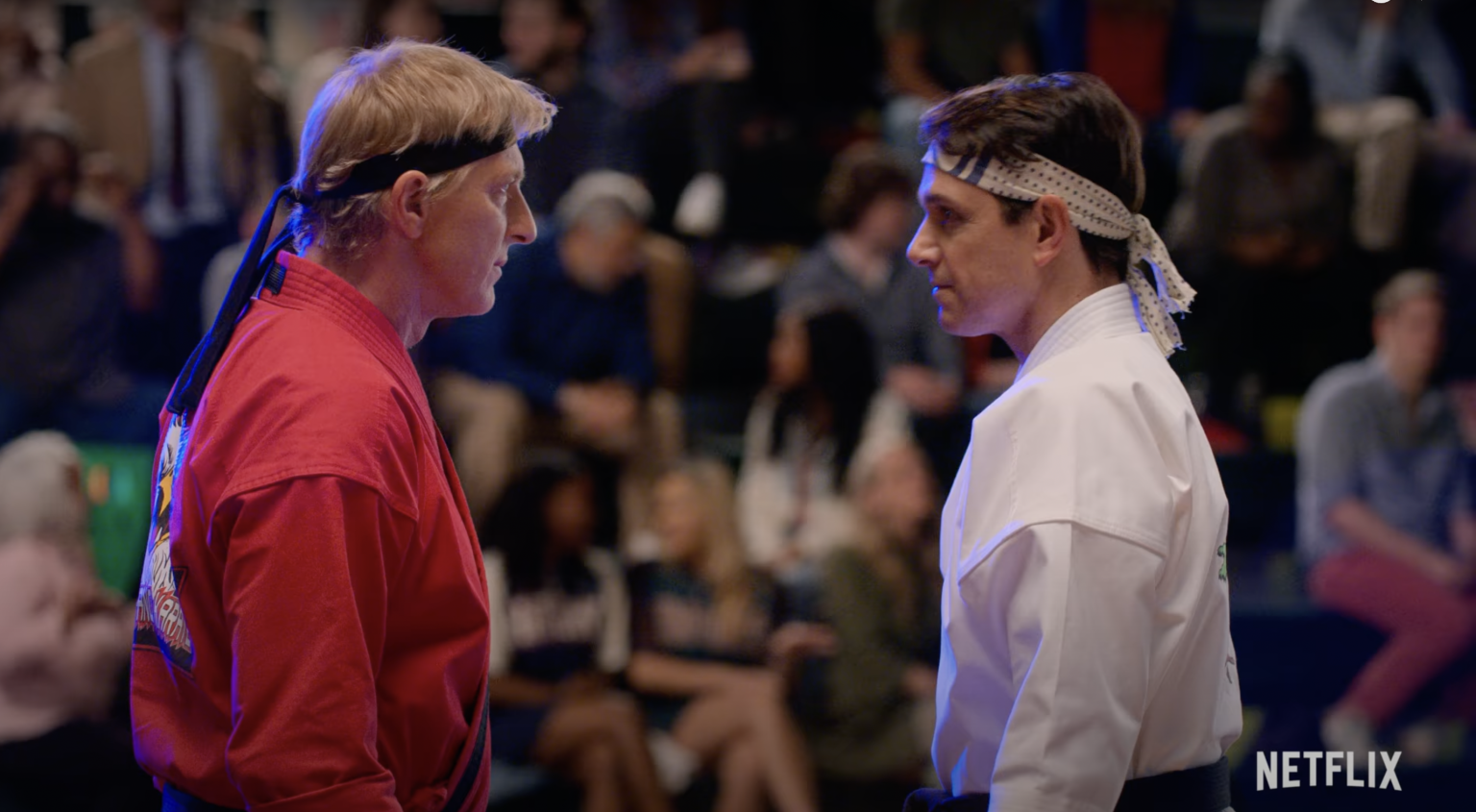 “Cobra Kai” is back for a 4th season, and we’re ready for Netflix to show NO MERCY. A final trailer for s4 hit this morning. We know there are some familiar faces from the films returning for this season, and certain rivalries are at a breaking point.

Taking place over 30 years after the events of the 1984 All Valley Karate Tournament, the inescapable conflict between Daniel LaRusso (Ralph Macchio) and Johnny Lawrence (William Zabka) continues. Season 4 finds the Miyagi-Do and Eagle Fang dojos joining forces to take down Cobra Kai at the All Valley Under 18 Karate Tournament. And whoever loses, must hang up their gi. As Samantha and Miguel try to maintain the dojo alliance and Robby goes all in at Cobra Kai, the fate of the Valley has never been more precarious. What tricks does Kreese have up his sleeve? Can Daniel and Johnny bury their decades-long hatchet to defeat Kreese? Or will Cobra Kai become the face of karate in the valley?

We do know the show has already been picked up for a 5th season, so that’s exciting!