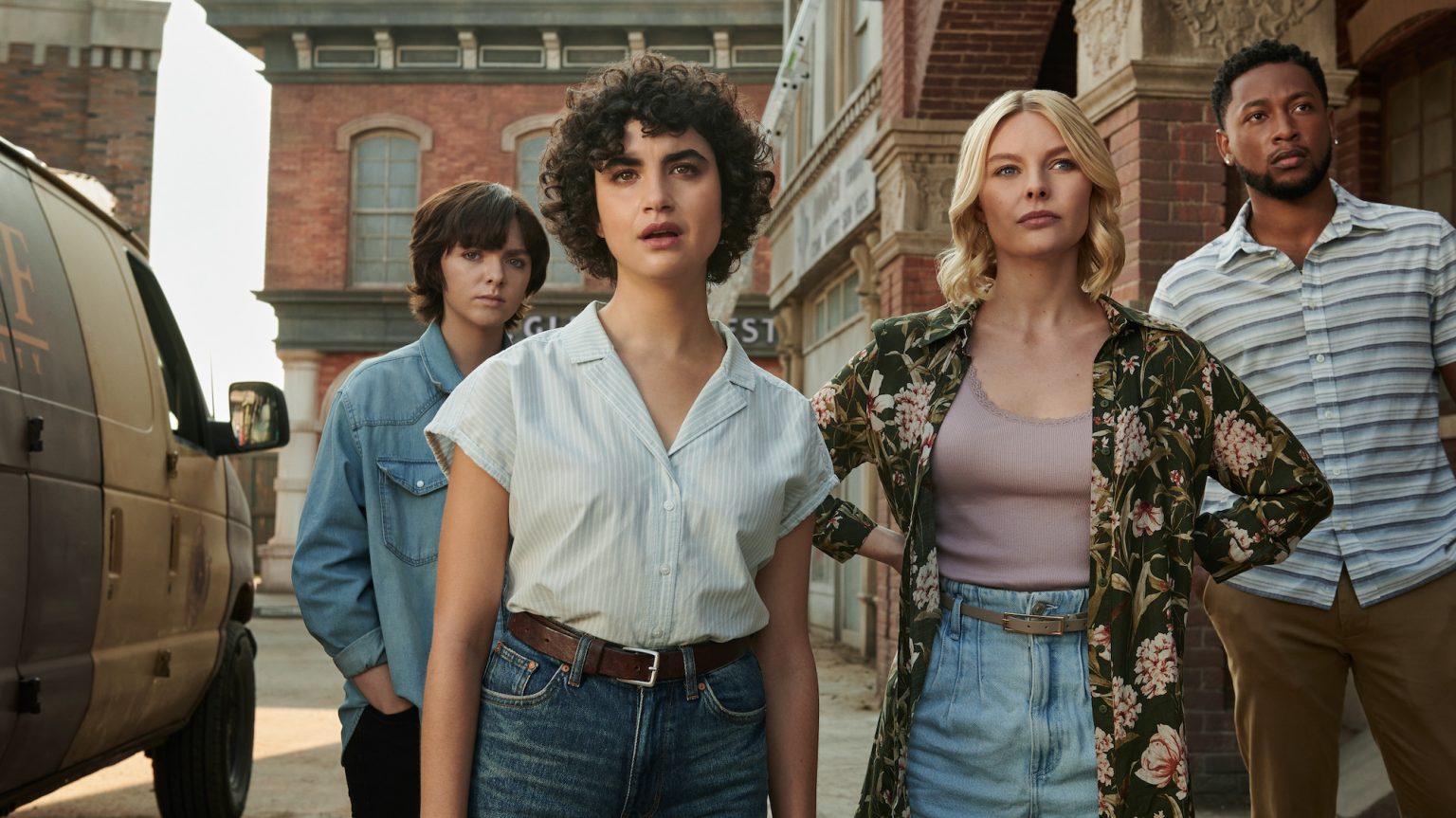 Netflix has revealed the first two images from their upcoming “Texas Chainsaw Massacre!” From a filmmaking team that includes Fede Alvarez (“Evil Dead“) and co-writer of the 1974 classic “The Texas Chainsaw Massacre” Kim Henkel, it’s been nearly 50 years of hiding for Leatherface. He returns to terrorize a group of idealistic young friends who accidentally disrupt his carefully shielded world in a remote Texas town.

Synopsis: Melody (Sarah Yarkin), her teenage sister Lila (Elsie Fisher), and their friends Dante (Jacob Latimore) and Ruth (Nell Hudson), head to the remote town of Harlow, Texas to start an idealistic new business venture. But their dream soon turns into a waking nightmare when they accidentally disrupt the home of Leatherface, the deranged serial killer whose blood-soaked legacy continues to haunt the area’s residents — including Sally Hardesty (Olwen Fouéré), the sole survivor of his infamous 1973 massacre who’s hell-bent on seeking revenge.