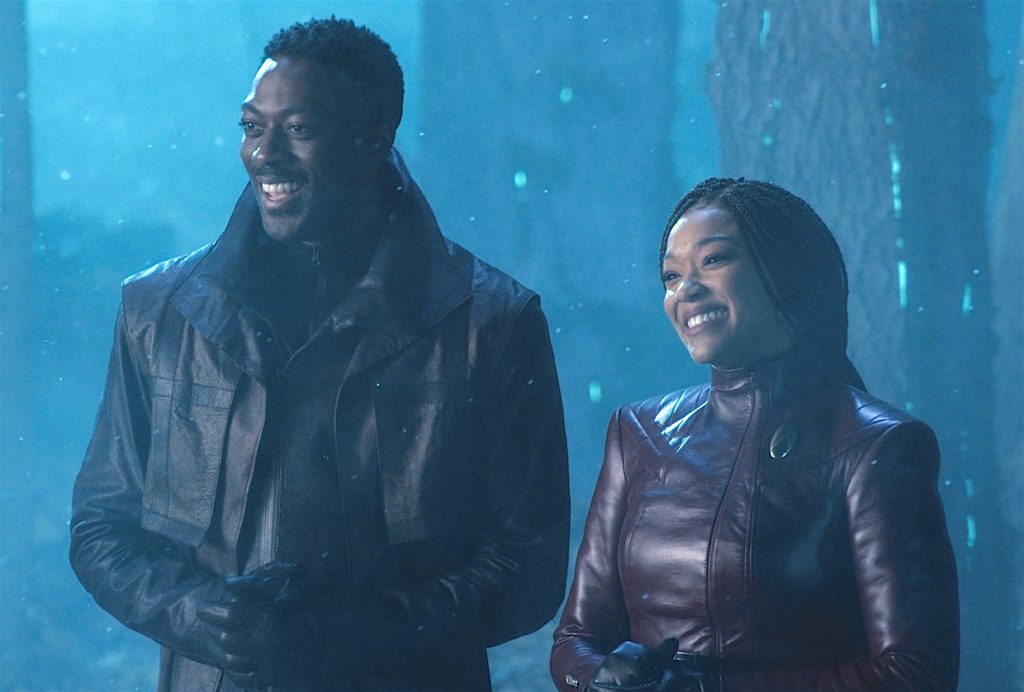 “Star Trek: Discovery” fans outside of the US can breathe a sigh of relief. The series has struck a deal to make season 4 available internationally.

Originally, international distribution was being handled by Netflix. However after season 3, ViacomCBS (which owns the rights to “Star Trek: Discovery”) pulled the show from international broadcast. They didn’t announce a return plan for the series. This understandably united Trek fans across the globe in frustration.

Thankfully now people will still be able to follow the hope that is you… we mean the crew of the Discovery. In countries where Paramount+ is available the series will begin streaming on November 26th. ViacomCBS owns Paramount+. The first two episodes are being made available Friday. New episodes after that will be releasing weekly.

The series will air for free on the Pluto TV streaming service in Austria, France, Germany, Italy, Spain, Switzerland, and the United Kingdom. PlutoTV is also owned by ViacomCBS…

New episodes will debut at 9pm local time on the Pluto TV Sci-Fi channel each Friday, Saturday, and Sunday. For those in Austria, Switzerland, and Germany it’ll air on the Star Trek channel.

Season 4 will also be available for purchase on certain digital platforms in the UK, Germany, France, Russia, South Korea and additional countries. You can find more info here.

“To all of the International Star Trek: Discovery fans: we hear you. We love this series too. We love it for the incredible cast, the hardworking crew, the imaginative storytelling, the groundbreaking, diverse characters who bring the show to life and what it represents to so many people around the world. Star Trek has always put its fans first. We want to do the same.

Therefore, during this transition, we are doing everything we can to get the new season to you as soon as possible. Where Paramount+ is available in Australia, Argentina, Bolivia, Brazil, Chile, Colombia, Costa Rica, Denmark, Dominican Republic, Ecuador, El Salvador, Finland, Guatemala, Honduras, Mexico, Nicaragua, Norway, Panama, Paraguay, Peru, Sweden, Uruguay, and Venezuela, the first two episodes will be available Friday, November 26, with new episodes being released weekly. We are also offering Star Trek fans in these markets a new membership promotion on Paramount+ for 50% off for the first three months with code STARTREK.*

In Austria, France, Germany, Italy, Spain, Switzerland, and the United Kingdom, Pluto TV, the leading free streaming television service, will drop new episodes at 9pm local time on the Pluto TV Sci-Fi channel each Friday, Saturday and Sunday, with a simulcast running on the Star Trek channel in Austria, Switzerland, and Germany. This will begin with the first two episodes on Friday, November 26.“