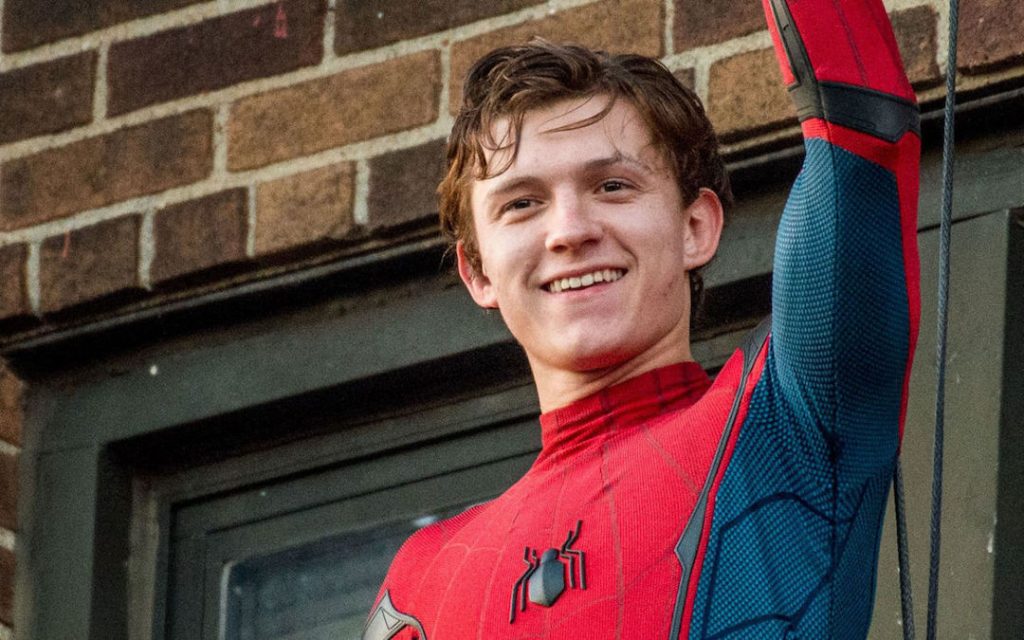 Tom Holland, adorable actor and source of spoilers extraordinaire, has done it again. The Brit has a history of ‘accidentally’ spoiling things about his films through his infectious exuberance. Not that we blame him, because imagine having his career and NOT wanting to enthuse about everything.

This most recent slip comes after the new “Spider-Man: No Way Home” trailer hit. A key moment in said trailer seems to showcase villain The Lizard getting punched by an invisible force.

Fan theories all seem to agree maybe the punch-thrower might be one of the previous Spider-Man actors rumored to appear in the film.

Holland (Spider-Man), Zendaya (Mary Jane Watson), and Jacob Batalon (Ned) recently watched the new trailer together, and Tom…maybe sorta confirmed the missing character. Holland gasps, and utters “Where’s the…” before realizing his mistake and covering his mouth right away.

Soooo what could he possibly have been saying?! “The” who?! Vulture maybe? Because we’d LOVE to see more Michael Keaton. We know his Adrian Toomes will be appearing in Sony’s Spider-person-adjacent “Morbius” starring Jared Leto. But so far, he’s one of the only villains not confirmed for “No Way Home.”

Although, maybe Keaton will be, after teasing filming “some Vulture stuff” during a recent stop by “Jimmy Kimmel Live.”