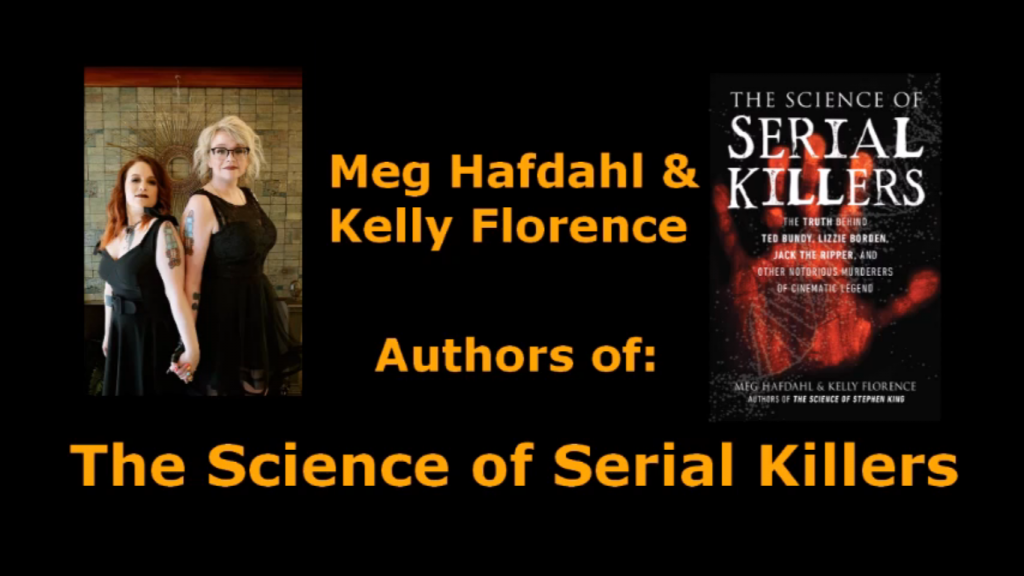 We Read “The Science of Serial Killers” [Review]

The fascination behind serial killers has only grown in recent years thanks to various documentaries, streaming programs, podcasts, and YouTube channels. Names like Ted Bundy, John Wayne Gacy, and Jeffrey Dahmer, are likely more famous now than they were at the height of their murderous sprees.

There is a thin line one treads when discussing criminals such as this. On one side of the line is glorification; where people give them an almost mystical quality while ignoring the pain they inflicted on people and families. On the other side is keeping these names alive for the sake of understanding the criminal mind and why people do terrible things.

This is something that authors Meg Hafdahl and Kelly Florence had to keep in mind when crafting their 2021 book, “The Science of Serial Killers.”

This isn’t the first go-around for the two co-authors. Prior to penning this volume the two collaborated on “The Science of Monsters,” “The Science of Women in Horror,” and “The Science of Stephen King.” Each of these novels takes a concept from a horror movie, novel, etc, and and ties it into real life through the science behind parts of that concept. For example, in their Stephen King book, one of the chapters is based on the novel “Misery.“ Inside said chapter are discussions about schizophrenia, and why some fans are compelled to kill the celebrities they idolize. They don’t break down every part of every novel, but they do give details about how and why certain elements of these fictional stories resonate within the real world.

When it comes to serial killers though, we’re not dealing with the world of fiction anymore; we’re talking about real crimes with real victims and real families still affected by these acts. Hafdahl and Florence take a novel approach to dealing with this subject matter in a way that’s still informative and entertaining, yet sensitive to the real-life violence surrounding these murderers. Each chapter of the book relates a killer to a piece of media that took inspiration from them and then discusses the correlations between them and real life.

Perhaps it’s easier to give an example to understand the premise of the book. The Zodiac Killer is one of the more noteworthy serial killers in American history, so noteworthy in fact that he was the inspiration for the Scorpio killer in the film “Dirty Harry” and the hunt for the killer would also be chronicled in the film “Zodiac” in 2007. The chapter in Hafdahl and Florence’s book talks briefly about this before going into a discussion about cryptology and ciphers. Because the Zodiac communicated through encrypted messages, this subject is specifically relevant to the matter.

Sometimes Kelly and Meg reach out to interview people on various topics to help bring more insight to a certain subject. Of particular note is the chapter on “My Friend Dahmer.” Originally a graphic novel that was turned into a 2017 film, “My Friend Dahmer” is indeed, as the title suggests, about someone who was friends for a time with Dahmer. And while this chapter touches on how Dahmer was living a double life, it’s really more a means to speak with an FBI agent who worked on the Dahmer case and lends his perspective to the psychology of serial killers; it’s fascinating.

It’s important to understand what this book is and what this book isn’t. If you’re looking for exacting detail about the lives, histories, and deeds of various serial killers and breaking them down from a scientific perspective; this isn’t it. What this is, is a work that looks at the link between real-life tragedy and art and uses that link to branch out into topics that have a interesting scientific basis to them. Want to learn the history about the murderous duo Nathan Leopold and Richard Loeb? Well you won’t find that here. But you will find out about how they influenced the play and film, “Rope,” and about how the two men were infatuated with Friedrich Nietzsche and his concept of the “Übermenschen.”

Should you decide to crack open “The Science of Serial Killers” you’ll be treated to an informative read that has no shortage of entertaining facts. The tone of the book is set pretty early on when you can just tell how Meg and Kelly are having fun with information. Throughout the book, small little pieces of trivial facts are peppered along the pages between paragraphs. Each of these has a lavish ornamentation surrounding them, helping them standout amidst the more serious subject matter. They’re the equivalent of the Did You Know That segments that would pop up in “Bill Nye: The Science Guy.” And while this wouldn’t exactly qualify as a topic you’d see Bill Nye cover, there is a similar spirit of enthusiasm and zest for knowledge on every page.

So if this sounds like something you’d enjoy reading, then odds are that yes, you’re going to enjoy it. If you go into this thinking it’s something that it’s not, then you’re going to find it lacking. This isn’t a deep dive into the methodology of serial killers which frankly, there’s too much of anyway. We don’t need more books that spend so much time picking apart who these killers were and how they destroyed the lives of others. Meg Hafdahl and Kelly Florence have provided a welcome respite in that sense, allowing readers to take an interest in serial killers, but directing that interest towards scientific ideas and concepts.

If you’d like to learn more about the writing process behind the book and who Meg and Kelly are, I interviewed the two of them, which you can listen to in the video below.

*A free advance copy of this book was provided by the author for review purposes.*