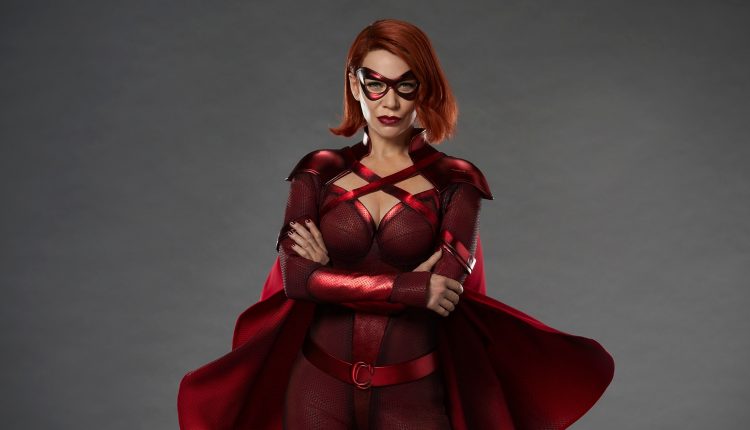 Wanna See Laurie Holden as Crimson Countess from “The Boys?!”

The critically acclaimed Amazon Studios action/comedy series “The Boys” is stomping back on its way to a new season. Some new photos and information are beginning to trickle out about brand new characters making their screen debut.

Season 3 marks the introduction of more characters ripped straight from the pages of the comic inspiration, with superhero team Payback making their debut appearance. Led by Soldier Boy (Jensen Ackles), the team play second fiddle to current number 1 superhero team The Seven, and are looking to capitalize on the recent troubles Homelander and his teammates have seen in season 2.

Joining Soldier Boy in Payback is the Crimson Countess, played by Laurie Holden (“The Walking Dead“). While little is known about this incarnation of the Countess, we can see she looks serious as hell, and is decked out in probably the best costume we’ve seen in the show so far.

In the comics, Payback were a direct parody of superhero team The Avengers. With Soldier Boy being a cowardly Captain America pastiche, and Crimson Countess a direct reference to the Scarlet Witch, they became a major opponent The Boys faced in their crusade against the ‘supes’.

Based on the comic created by Darick Robertson and Garth Ennis, “The Boys” took off as a runaway hit when the first series debuted in 2019. It brings memorable characters, brilliant superhero action, and delivers a cutting takedown of superhero culture as a whole.

Amazon Studios has not announced a premiere date for season 3 of “The Boys,” but filming has wrapped, and season 4 is already in pre-production.

Dangerous Deadly Parasite Apparently Spread by Being Barefoot in Texas