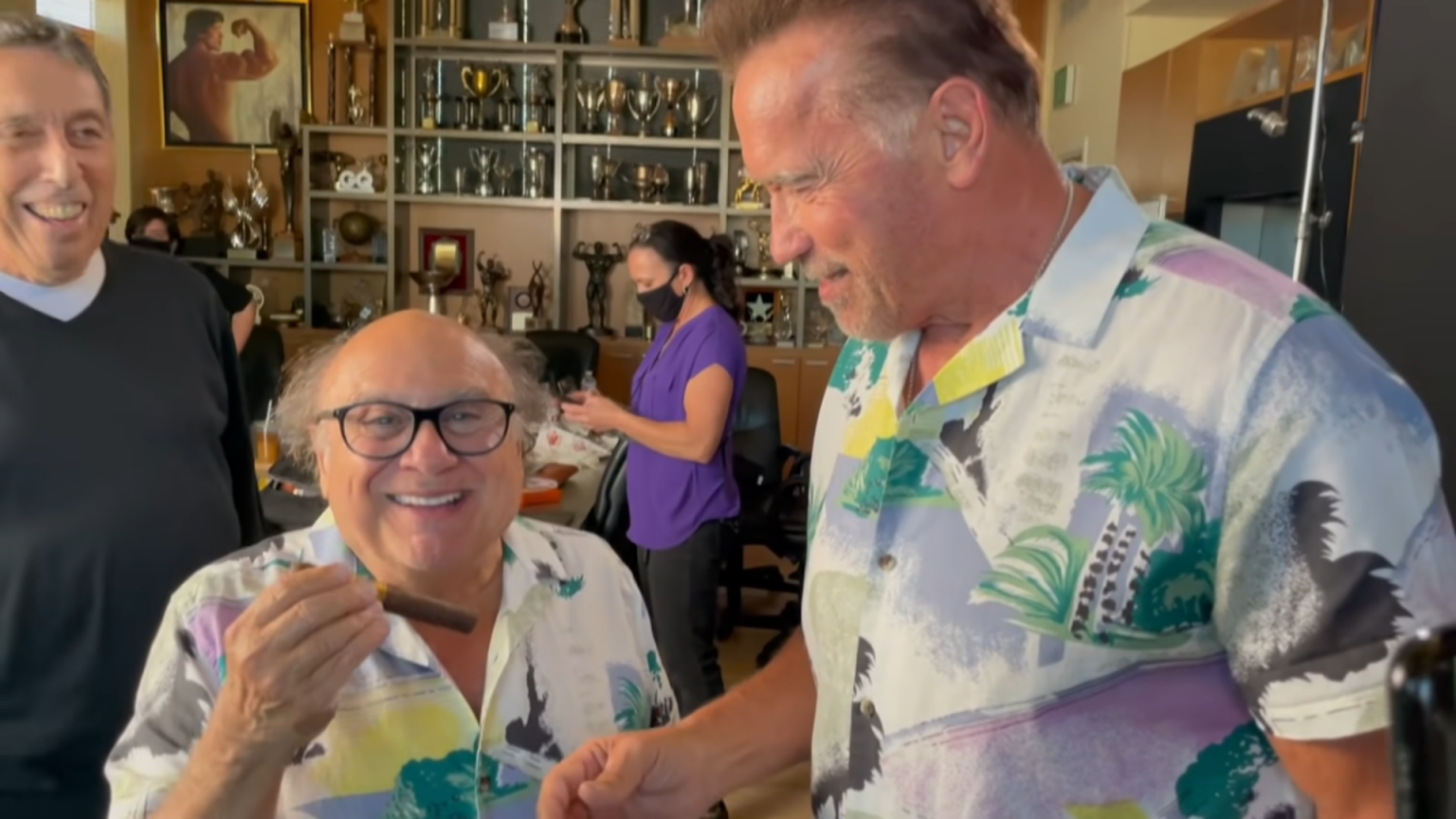 There is a famous joke that Danny DeVito played on Arnold Schwarzenegger when they were filming “Twins.” Back in 1987, DeVito gifted Schwarzenegger with a ‘very special cigar.’ Yeah, it was pot.

Well, Schwarzenegger waited very patiently for 33 years. As of today, he’s finally pranked DeVito back. The pair are currently in early production on a sequel to the buddy comedy- “Triplets!”

In the newly released video, you can see DeVito check out the cigar, and the look on his face when he gets a whiff of what the special ingredient is…it’s hilarious!

They had gotten together to meet with their new brother Tracy Morgan on Zoom. Director Ivan Reitman– who did “Twins,” “Kindergarten Cop,” and a little supernatural thing called “Ghostbusters”– was there to have them introduced to each other. Filming for “Triplets” starts in 2022 but it’s never too early for the cast to start talking. That way you get some great working comedy rhythms together.

In a recent edition of his newsletter, Schwarzenegger said:

“This month I also got together with my friend Danny DeVito to promote our movie Triplets! Ivan Reitman, our director who you know from Twins, Kindergarten Cop, and Ghostbusters, wanted to get us together with our new, third brother, Tracy Morgan over Zoom. Naturally, I saw this as the perfect opportunity to bring back a prank Danny pulled on me all those years ago on the set of Twins. You may remember the story about Danny putting marijuana in my cigar. Well this time we turned the tables! We waited until the end of the shoot and gave Danny the gift. But unfortunately he still has the nose of a bloodhound, and sniffed out the special ingredient right away. Here is the video of me giving him the cigar. I’m still waiting on Danny to send me the video of him giving it a try later that night.”

“Triplets” is the sequel to “Twins,” directed by Reitman, starring Arnold Schwarzenegger and Danny DeVito. It’ll also star Tracy Morgan as the third brother! “Triplets” will start shooting in January in Boston and has an expected release date of late 2022 early 2023.