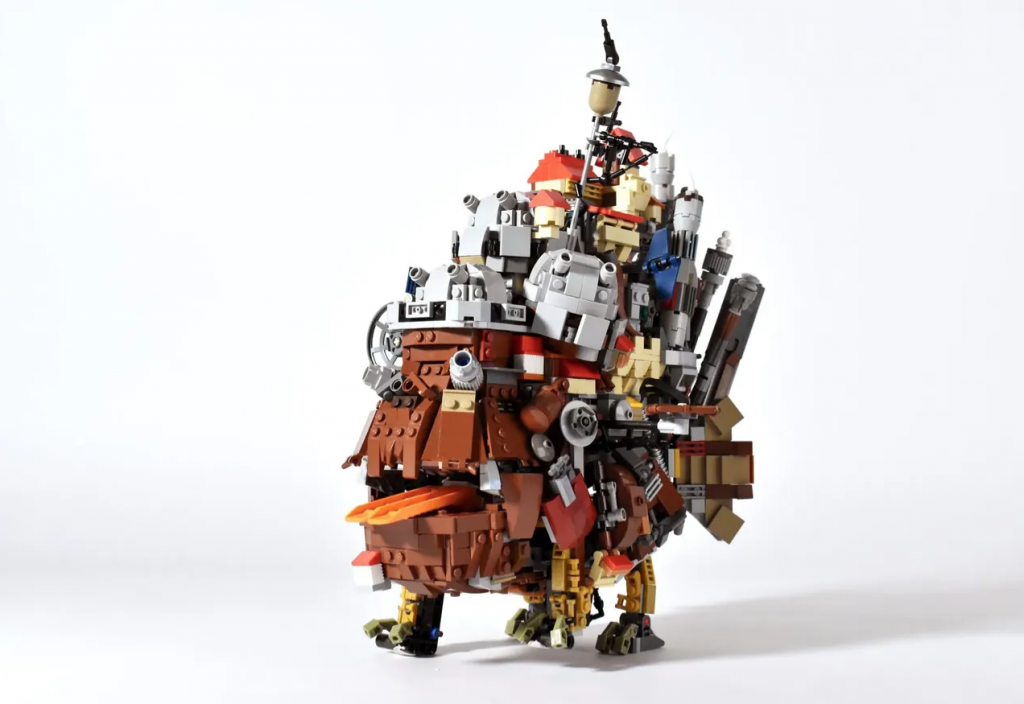 Someone has managed to capture the chaotic whimsy of Hayao Miyazaki’s interpretation of “Howl’s Moving Castle” and jam it into a spectacular LEGO Ideas set.

Ericlego321 has designed a 2000 piece set that from the outside quite frankly looks a bit like a disorderly mess. The closer you get to it the more pockets of joy you find and wonderful homages to the on screen inspiration. It’s almost like a reverse Monet painting.

You can see the motorized functions in action here:

“Howl’s Moving Castle” debuted in 2004 and was the 14th film from Studio Ghibli. Directed by the legend Hayao Miyazaki, it remains one of our favorite of his films. It’s based loosely on the novel of the same name by Diana Wynne Jones.

The model would include the triple turrets, rear door, and entire micro-city. LEGO sets tend to be crisp and clean. What we love about LEGO Ideas is the clever way in which inventors throw random bricks together and they become something magical.

What are LEGO Ideas?

For the uninitiated: LEGO Ideas projects post their designs (the LEGO Motorized Howl’s Moving Castle was posted on September 30, 2021) and users support various designs. Garner enough support and your set may just make it into production. Then, once a project reaches 10,000 supporters it will go to a LEGO Review.

We imagine there are bevies of intellectual property discussions that must happen to get something like this licensed properly. Yet if Central Perk from “Friends” can make it into production anything is possible!

While this is not the first (nor likely the last) submission inspired by a Studio Ghibli piece (here’s an adorable one featuring a mini moving castle, Totoro from “My Neighbor Totoro,” the titular castle from “Castle in the Sky” and a whole “Spirited Away” set piece). It IS the first motorized one we can recall seeing.

Would you buy the Motorized Howl’s Moving Castle LEGO Ideas set if they made it?