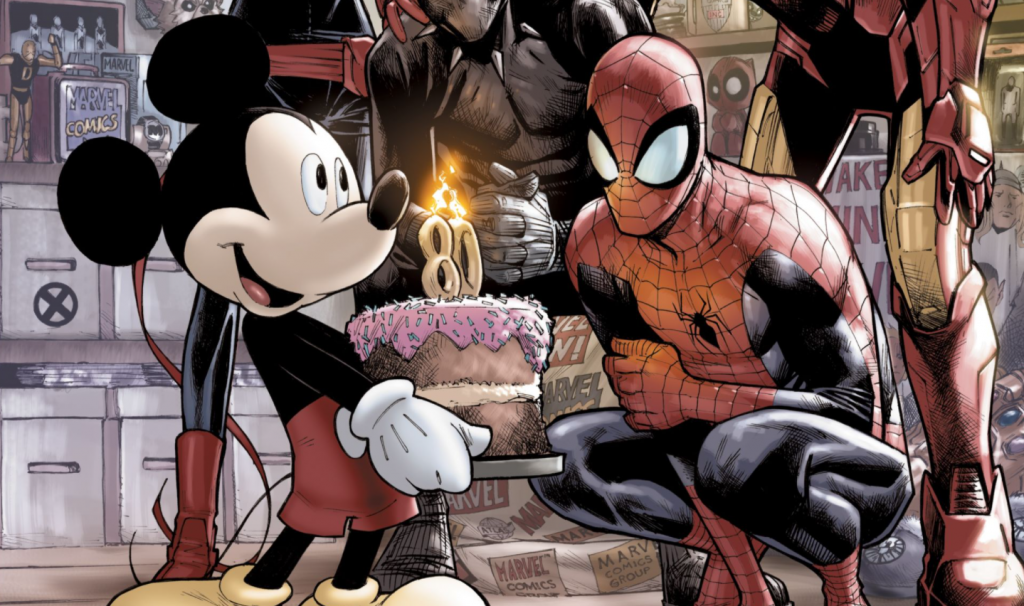 Drawn by Humberto Ramos with colors by Edgar Delgado
Comics

Currently there is a legal battle going on over the rights to characters like Spider-Man, Black Widow, Iron Man, Doctor Strange, Ant-Man, Hawkeye, Falcon, Thor and some others. What’s happening is that the estates of the writers who created these characters are being sued by Disney/Marvel, so that they would not be able to ascertain rights to them in the future. Keeping the money right where it is, in Disney’s hands.

The estate of Steve Ditko filed a notice of termination, essentially interpreting the ownership of Spider-Man as a licensing deal, and not something Disney/Marvel can own outright. In August, Ditko’s estate filed this claim which under the termination provisions copyright law, authors (or their heirs) can get rights back to characters that were previously granted to publishers after waiting a period of time. Marvel’s rights would be rescinded if this was judged for and they would lose the character in June 2023.

Another notice of termination was filed in May by Larry Lieber who worked at Marvel as a writer. Because they have gotten multiple suits filed against them they are taking action and countersuing so that they remain to have the full rights to these characters.

The way that Marvel treats it’s writers and their intellectual property is pretty absurd to begin with. With writers such as Ed Brubaker who was responsible for the Winter Soldier storyline only being paid $5,000 when the movie made upwards of $714 million.

So what’s the harm in letting the estates of these characters make a little bit of money off of their loved ones creations? Surely a billion dollar enterprise would be able to spare some money and keep the creators and their children happy?

But that’s not the way that Marvel sees it. They employ something called the “Marvel Method,” and are very firm in the belief that what’s said and done in the office of their company is their property. So they own these people from the get-go. The trouble comes with what is ethical when a company can profit so much off of another’s idea, even if they were under their employ at the time. Especially when overall it amounts to peanuts.

What is the Marvel Method?

The Marvel Method is something invented by the late Stan Lee. The method is such that the artwork for the comic would be done first and he would add the story to it later. In this way he would cut down time for writing and the ideas for the comics were basically handed to him. The problem with this is that Lee only did the dialogue and that was based on another’s ideas. He gets almost all the credit for the story even though the artists did a tremendous amount of the work. Lee just filled in the blanks like an ad-lib puzzle.

Why we should pay attention to this lawsuit

Depending on whose side you’re on this could be a good thing or a bad thing. I personally don’t see Disney giving up these characters even if they were to lose this suit. They would probably just be forced to renegotiate and share in the profits. They wouldn’t like it, but they’d do it because they’d be losing money if they didn’t do it. Now with Avengers Campus in full swing at the California Adventure theme park it could mean they had to completely redo it. I don’t think they would opt to do that.

Disney and Marvel already had issues with Scarlett Johansson earlier this year when they opted not to amend her contract to give her streaming profits from “Black Widow.” Because of the lawsuit she’s brought against them, the studio has also reportedly cut all ties to the actress. Which is petty but expected. Especially after they put out a statement about it and revealed her salary.

This just adds to the company appearing to be into comics for one thing and one thing only, the money. I say if the money helps the creators estates survive, what’s the harm in sharing the wealth. It’s probably pennies on the dollar for them anyway. And it would also make people less weary of working with them. If I were a literary author, I’d be very guarded when it came to speaking with Disney over my intellectual property.

You can read the legal documents from Disney against the estates here.