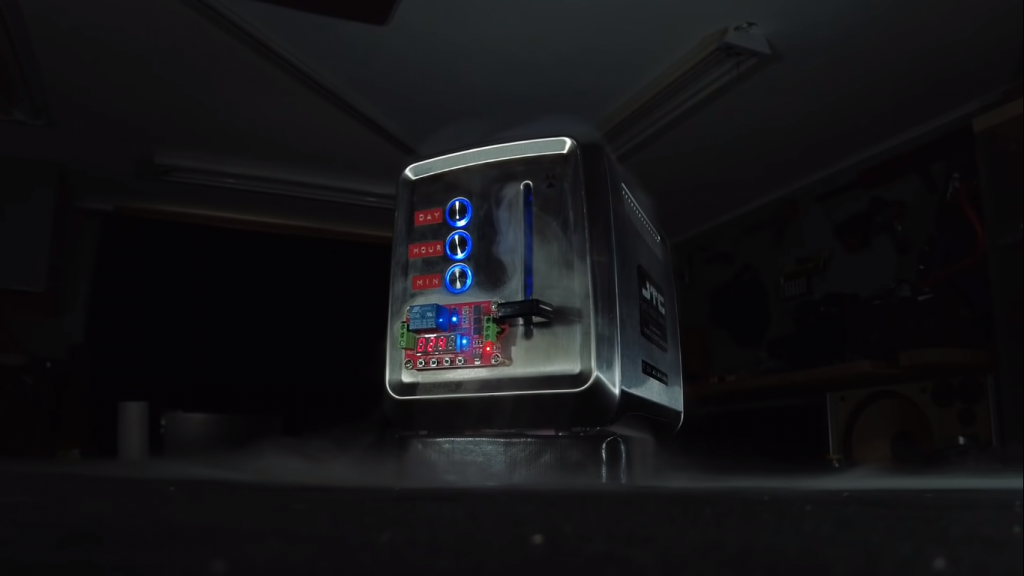 Someone Decided to Engineer a Reverse Toaster, Because Why Not?

Cooking is hard. Some people may argue against this point but to many of us, that doesn’t change the fact that cooking is indeed hard. If you’re like me, you may have problems with even something simple like toast. What happens if your toast doesn’t come out right and you wish it could be just regular bread again? Until today, your options were limited. Now though, you can bring your bread back to life with a toaster that untoasts your bread.

The YouTube channel Joel Creates posted a video last month that really deserves more attention than what it’s getting, considering that it uh, shows a man turning toast into bread. To Joel’s credit, he fully acknowledges in sarcastic manner, how ridiculously pointless this procedure is. This is ultimately one of those situations where just finding out if its even possible is more important than the need to really accomplish it.

Joel starts by analyzing what makes bread into toast in general. Basically, a toaster heats the bread, drying it out and removing the moisture. Joel hypothesizes then that a gradual reintroduction of moisture will remedy the problem. But how do you do so without making the bread soggy and also doing so while making it look like it’s a toaster that’s performing the action?

Well, for starters, all you need to do is gut the innards of a toaster and pick up some ultra-sonic fogger modules. These little things can actually create fog in water without generating heat; which is exactly what needs to be avoided when you’re trying not to make toast. After that, just put a fan in there to help the mist spread, put a timer in there to limit the time that the foggers are turned on for, stuff everything inside a toaster, and BOOM, you’re done… basically.

What’s surprising is how the people who sampled Joel’s untoasted bread, honestly didn’t know it had previously been toasted. Now, they could see the physical evidence of it; you can’t remove the browned scoring on the outside of the toast, but the actual taste of the bread was that of bread. That being said, whether it was worth it or not is another matter altogether.

But there you have it, a reverse toaster. I however, would like to know if it would work just as well on Pop-Tarts. That is the true test that will indeed validate the merit of this futuristic device. So if you read this Joel, the ball’s in your court, sir.

And make sure to check out the full video from Joel Creates right here: