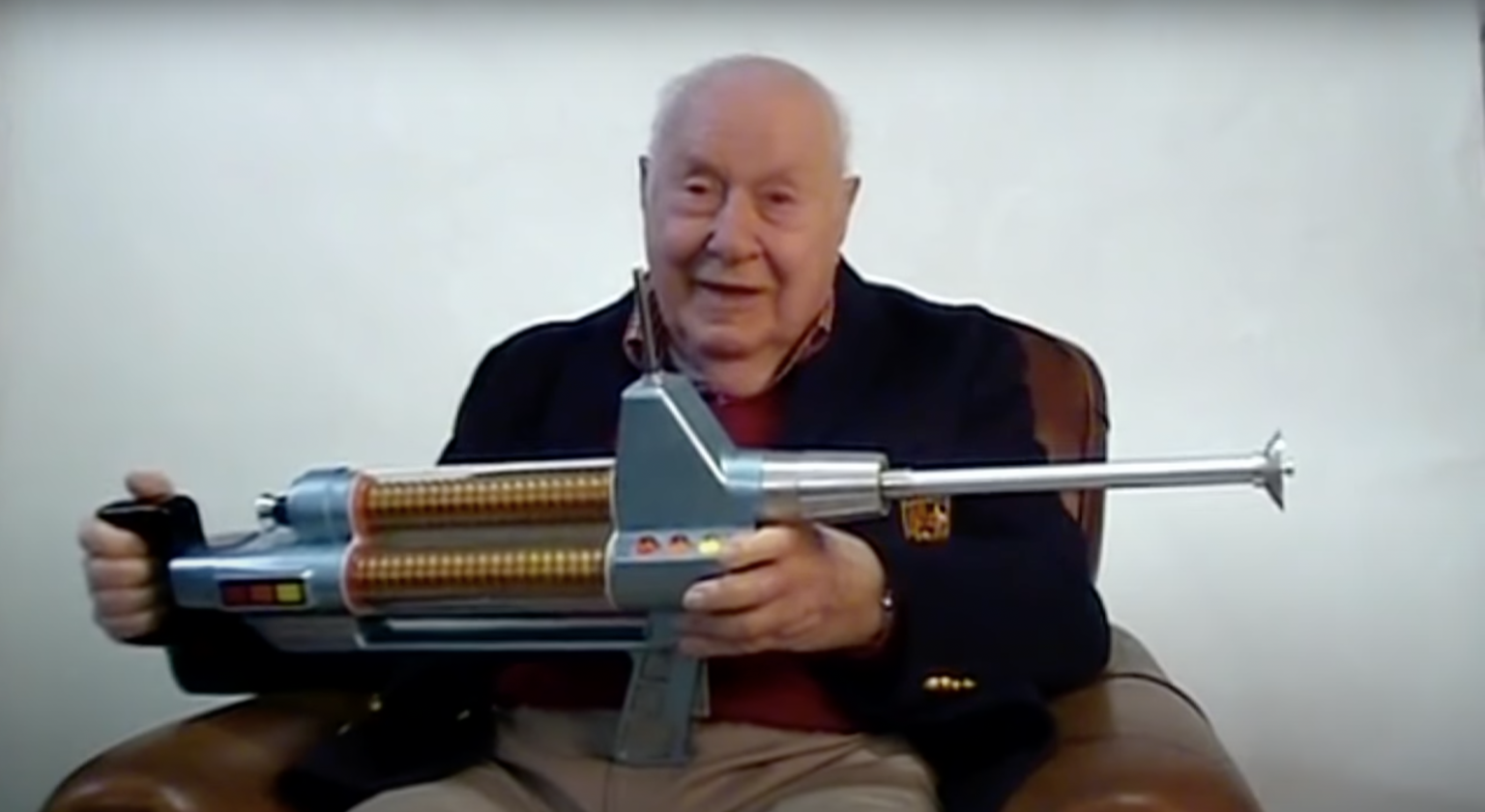 Reuben Klamer, Designer of the Phaser, The Game of Life, Passes Away

Reuben Klamer, successful inventor and prop designer has sadly reached the end of his life on September 14th, 2021. In his 99 years on this planet, he would develop games and devices which would end up contributing greatly to popular culture. Chief among these things were a toy version of the gun from “The Man From U.N.C.L.E.,” the phaser rifle from the original run of “Star Trek,” and the modernized version of the classic board game, The Game of Life.

The original version of The Game of Life dates back to 1860 and was developed by Milton Bradley. I mean literally, by the guy named Milton Bradley and not just the company. It was tremendously different than the version we know of today and was largely based on a checkerboard pattern with different squares causing different things to happen for your player token.

In 1960, the game was redesigned to celebrate the 100th anniversary of the game and the company itself. The board and rules were given a modern spin by Klamer. This is the design we know of today with the 10 number wheel, jobs, cars, and existential dread. Though the latter of those may not be included in your version. Variations have continued over the years, though the game is still notable for being one that has a very definite start and finish on the board, with the win condition not being the first to get to the end.

To die-hard “Star Trek” fans, he more likely to be remembered for introducing the phaser rifle used in the episode, “Where No Man Has Gone Before.” Gene Roddenberry specifically hired Klamer to design the prop because he very much enjoyed the gun used on the spy series, “The Man From U.N.C.L.E.” Either fortunately or unfortunately, the rifle proved too costly to mass produce for the series, so the more traditional phaser that we’ve come to know and love was used in its place.

In a way it’s kind of fitting that where his claim to fame was redesigning The Game of Life for modern audiences, his original phaser rifle would also be redesigned for more expanded lore elements of the “Star Trek” universe, long after the original series left the airwaves. Leave it to Trekkies to leave no stone unturned in that regard, as the Memory Alpha “Star Trek” wiki has a page dedicated to Klamer and his place in the history of the franchise.

Just like The Game of Life though, life itself has an end point. Hopefully though, thanks to his skill, heart, and maybe even a little luck, Reuben Klamer reached the end with all the happiness and love that he deserved. Our hearts and sentiments go out to his loved ones, friends, and all those who enjoyed his contributions to this world.