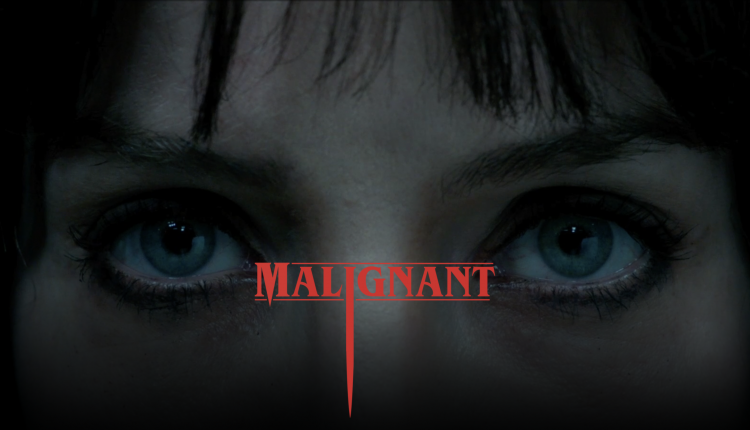 James Wan’s new hyped up horror flick “Malignant” has finally hit theaters and HBO Max! I’m sure you, like everyone else including myself, were positively dying to see this film (pun intended). Wan himself went on and on in interviews and in the most recent trailer, about how this one was going to be different. That he had changed his horror formula. But, did he?

“Malignant” is very original. I’m sure we can all agree that Hollywood has been lacking in the originality department for quite some time. In a time where it seems like every film is either a remake or some sort of adaptation, it is beyond refreshing to see something so new.

I actually really cared about the characters. The two sister characters Maddie (played by Annabelle Wallis), and Sydney (played by Maddie Hasson), really convey a strong love for each other, and the two actresses have great chemistry. Even Mckenna Grace really tugs at the heartstrings as a young, suffering Maddie.

The giallo influence was cool. I loved the pops of color throughout Maddie’s house via the stained glass windows, that brought back memories of 70’s horrors such as Dario Argento‘s original “Suspiria,” and the red lighting strewn throughout, making the very ambiance itself seem drenched in blood.

And, of course, a little eye candy never hurt. George Young is simply scrumptious as Detective Kekoa Shaw, and the police chase he takes us on through the streets of Seattle, trying to catch the elusive Gabriel, was mighty impressive. You even get a look at the famous underground city of Seattle! (I was not expecting Wan to throw in that stagecoach, but here we are!)

Some of the acting is really shaky. Especially in the over the top scenes at the research institute. I could see what Wan was going for, but instead of coming off as campy cool, it just kind of fell flat.

The score also doesn’t quite take it to the next level. With everything being so over the top, it feels like the music should be too, kind of like with Insidious. But it’s just kind of bland. I feel like a score should draw you in, and it just didn’t do that for me.

That ending! WOW! I promise not to spoil it, but the ending of this film is both expertly crafted and absolutely crazy. Gabriel absolutely steals the show throughout much of the ending, and the carnage is top notch stuff. I couldn’t look away, even though at some points, I kind of wanted to.

Honestly, it really works. Wan really threw caution to the wind and went all out on this one. The story is solid, the violence is incredible, and the atmosphere is truly chilling.

See it. Really. There are twists and turns that are so crazy, I couldn’t bear the thought of spoiling them for you. This one really has to be seen to be believed.

You can catch “Malignant” in theaters and on HBO Max now.