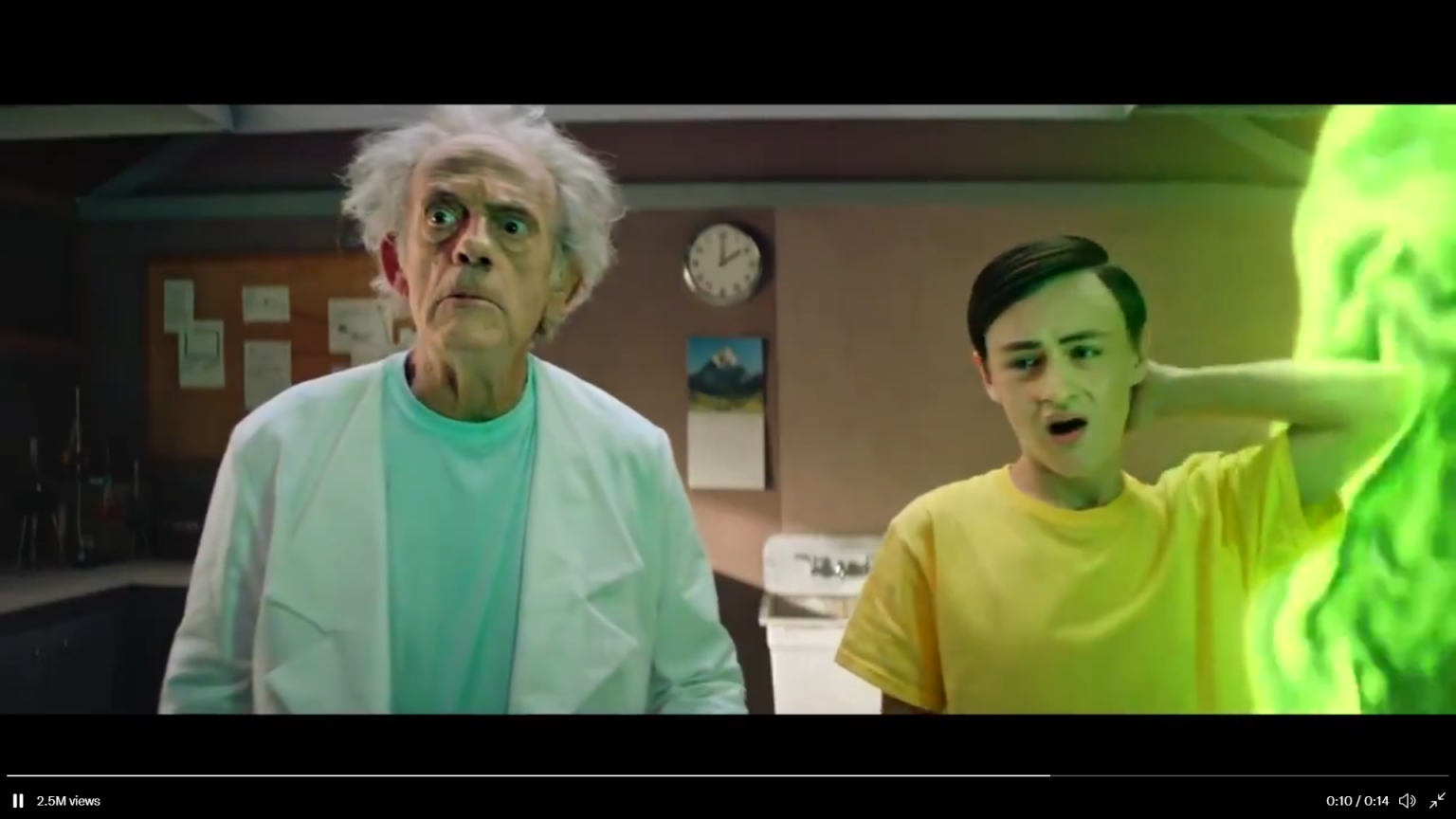 The circle is finally complete. It all started in 2006 when Justin Roiland put out “The Adventures of Doc and Mharti,” a barely veiled parody of “Back to the Future.” The crux of the cartoon involves a teenage boy and a wacky scientist getting themselves out of situations in ways that cannot be described on this website.

Several years later, the short was expanded into “Rick and Morty” on Adult Swim, where for better or worse, it became a pop culture force onto itself. What started as a crude animated short done by a young and frustrated comedy writer continues to consume itself while also being one of the biggest cartoons today. Despite the lineage between the show and the trilogy of films, “Rick and Morty” broke away from its beginnings to become a dark exploration of family, narcissism, brutal violence and failure.

That suddenly changed with the release of a promotional ad put out for the upcoming season four finale of the show. Adult Swim has released a teaser with our favorite scientist from “Back to the Future” playing Rick from “Rick and Morty.” Starring Christopher Lloyd as Rick Sanchez and Jaeden Martell as Morty Smith, the snippet is everything we’d want a real live-action “Rick and Morty” to be. The very brief promo shows the two stepping out of their trademark green portal into a likeness of Rick’s garage. Lloyd, who may or may not know who he’s trying to play, gives a belch and says “we’re home!”

The fact that the show lives off making deep cut references to everything from film and television made this a natural fit. So it is a bit surprising that it took this long to just come out and make a blatant call back to what lowkey inspired the show in the first place. Outside of tiny sight gags, this is a true ouroboros moment where the show is eating itself. However, given that “Rick and Morty” is all about breaking reality, it makes total sense. How this will all play out remains to the be seen but it speaks to the ambitions of the show to be something so much bigger than where it started.

“Rick and Morty” will be premiering 2 new episodes from season 5 on Adult Swim on September 5th, 2021.