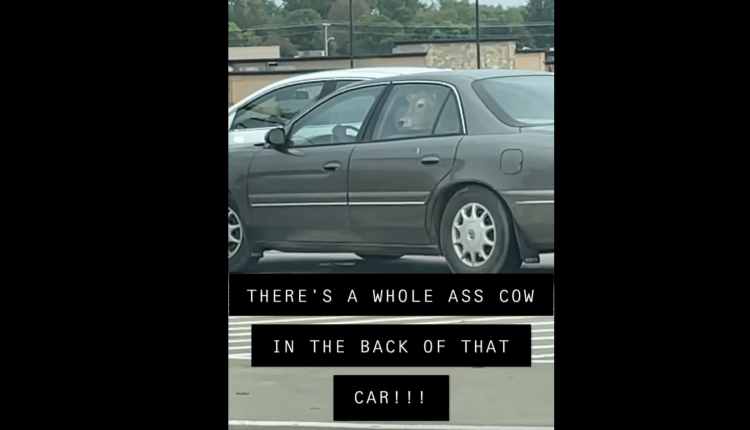 Cow in the Backseat of Car Spotted at Wisconsin McDonald’s

She told the Associated Press: “I thought it was fake at first. Who puts a cow in a Buick? Then its whole head moved!”

The video garnered 112,000 views by Friday afternoon. It currently has 266K views.

The video of the cow in the backseat of a car even made it around to the owner of the car! The owner saw the post and reached out to Nelson. They informed her that the cow was actually a calf they had purchased at an auction. And that there were 2 more calves in the car out of sight!

I suspected it was a calf. A whole cow in the back of a car is sure to weigh the vehicle down creating some major drag.

The only thing that would have made this more hilarious is if it occurred at a Chick-fil-A!