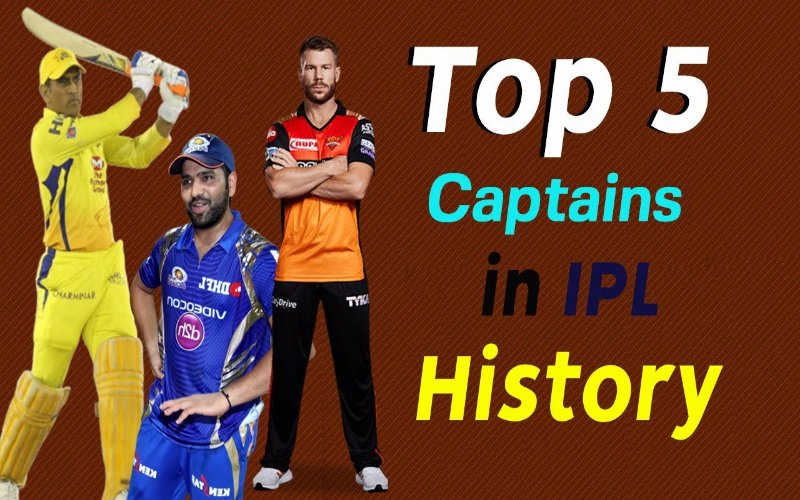 Top 5 Captains With Most Wins In The History Of IPL

The Indian Premier League (IPL) is a professional Twenty20 cricket league in India. The first edition of the IPL was held in 2008; it has become one of the most popular T20 leagues around. A captain’s performance can significantly impact an IPL team’s success, so it’s worth looking at who has led their team to the most victories.

This article will look at the top five IPL captains with the most wins in history and rank them by how many they’ve had. You could also get a slight idea about the winning team of Indian Premier League 2021 by looking at these successful captains in history.

Let’s take a look at these captains.

Dhoni led the Chennai Super Kings to titles in 2010, 2011, and 2018 with an undefeated record. He has the highest winning percentage in IPL and also the best winning percentage of IPL teams. MS Dhoni has led the Chennai Super Kings to three IPL titles and a Champions League title. He’s won the highest rate of matches in this league and holds a handsome winning record. Dhoni is one of India’s most successful captains.

Virat Kohli is one  of the best players the world has ever  seen. He has been part of RCB since 2008 and became the full-time captain in 2013. However, luck has not been on his side as RCB has yet to win their maiden IPL title. Nevertheless, with a total of 63 defeats and 55 wins, Kohli has a good winning percentage.

Gautam Gambhir was the captain of Kolkata Knight Riders from 2011 to 2017. He led the team to victories on two occasions – 2012 and 2014. Throughout his IPL career, he has played for Delhi Daredevils and Kolkata Knight Riders. This talented player also had a successful international career that included scoring three centuries in Test cricket and two double-centuries in One Day Internationals. His aggressive batting style made him one of India’s best opening batsmen when Sourav Ganguly was unavailable due to injury.

Adam Gilchrist has won the most matches in IPL history, with 30 wins out of 37 games played. One of the greatest wicket keepers to ever play cricket for Australia and a destructive batsman at best, Adam Gilchrist’s tireless work ethic is what made him one of the most successful captains the India Premier League had seen so far. His tactical nous combined with his aggression on the field helped Deccan Chargers lift the IPL trophy in 2009 edition.

Rohit Sharma is a right-handed batsman and occasional off-spin bowler. Rohit has scored three centuries in Twenty20 cricket, more than any other Indian batsmen and only one short of the record for all international players. He became the first player to score two consecutive centuries in IPL history when he made 113 not out from 66 balls against Royal Challengers Bangalore on April 13th, 2009, following up with 115 from 58 deliveries against Kolkata Knight Riders on April 17th, 2009. As the captain of Mumbai Indians, he has won his team 5 IPL titles, the most by any captain in the history of IPL.

The IPL has a history that spans over ten years. It’s been an exciting ride as the tournament evolved and teams changed their strategies to adapt to it. Over this time, we have got to see some of the top captains emerging victorious on numerous occasions, proving themselves worthy competitors. We will have to wait and see how the current captains will perform in this year’s IPL. It will be interesting to see the approach of players like MS Dhoni, Virat Kohli, and Rohit Sharma  because they will be competing with a lot of youngsters, such as Shreyas Iyer from Delhi Capitals and Sanju Samson from Rajasthan Royals. So, determining their strategy ahead of the game can be difficult but we hope for something exciting. Check the second-phase IPL 2021 schedule and stay tuned with us for more further information about the IPL.