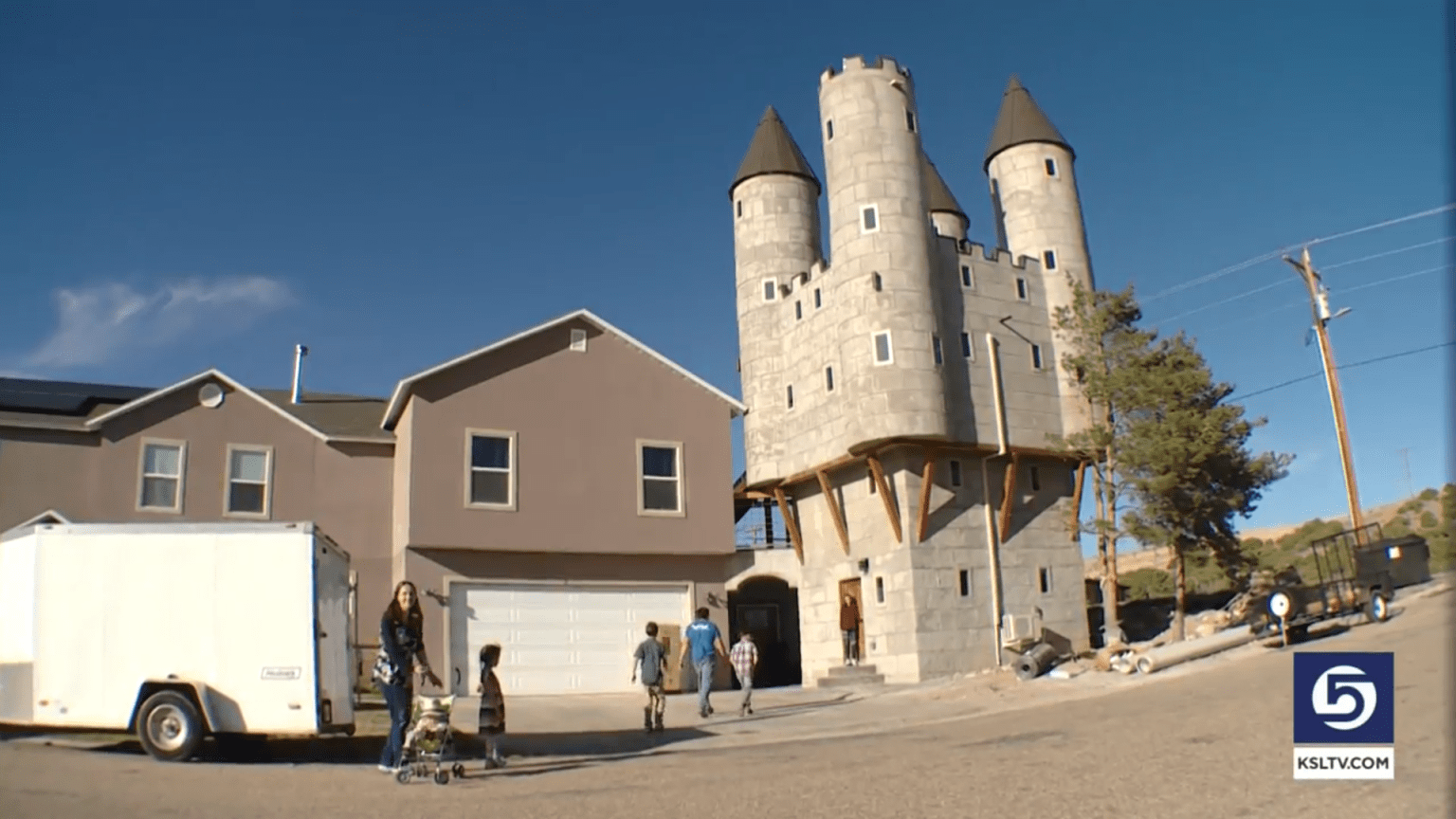 This is one of those times I wish I was better at building things. You know the little stuff, the cardboard and glue I can do just fine. But stuff that parents make that are on this level always just amazes me. Well, one Utah Dad named Wade Poulson started out on a journey to build his kids a playhouse in 2018 and it turned out to be quite epic.

Inspired by “Harry Potter,” Poulson built all kinds of secret passage ways, a Great Hall, Snape’s classroom, and even a room they could camp out in with a bunch of cots. Heck, he even included a slide that goes from the top of the castle to the yard. All of this just to make a special memory with his children.

The story of how this project started begins with him making a call to the city and asking if he needed a permit. At first they said no, but after he started building the “Harry Potter” playhouse, they called him back and told him yeah, he was going to need that permit after all. And it’s no wonder why because this thing is huge!

“We’ve got the dungeon, we’ve got a 40-foot tunnel coming up from that into the basement, it has a second floor, come up the stairs into the ‘Great Hall’ where we’re sitting now, that’s the third floor,” Poulson said. “‘Gryffindor Dormitory’ is the fourth floor, up the stairs to the fifth floor where the library is and the ‘Prefects’ Bathroom,’ up the spiral staircase to the sixth floor, and then we have a seventh floor above that on each tower room and on three of them we have an eighth floor in the columns above that.”

When talking about why he built the “Harry Potter” playhouse, Poulson mentioned that life is short. Which could be true for him, because after starting this project, he was diagnosed with a terminal illness.

“Life is short, you know,” Poulson said. “In the process of starting the castle — right after I had started it — I was diagnosed with a terminal illness — primary sclerosing cholangitis — and I think that might have affected how the project turned out after that. I still could have a long life, I might not. I could need a liver transplant in four years, I may not get a liver when I need one, so I don’t know. There’s a lot of unknown in my life and I want to live in the moment, I want to make as many memories with me and my kids as I can, while I can. And I think that’s part of what drove the vision and the dream.”

The family has been sharing the “Harry Potter” playhouse with the neighborhood kids as well and giving tours. This is probably now and forever the coolest house on the block. And it’s going to be a great memory for his kids when they grow up to have kids of their own.