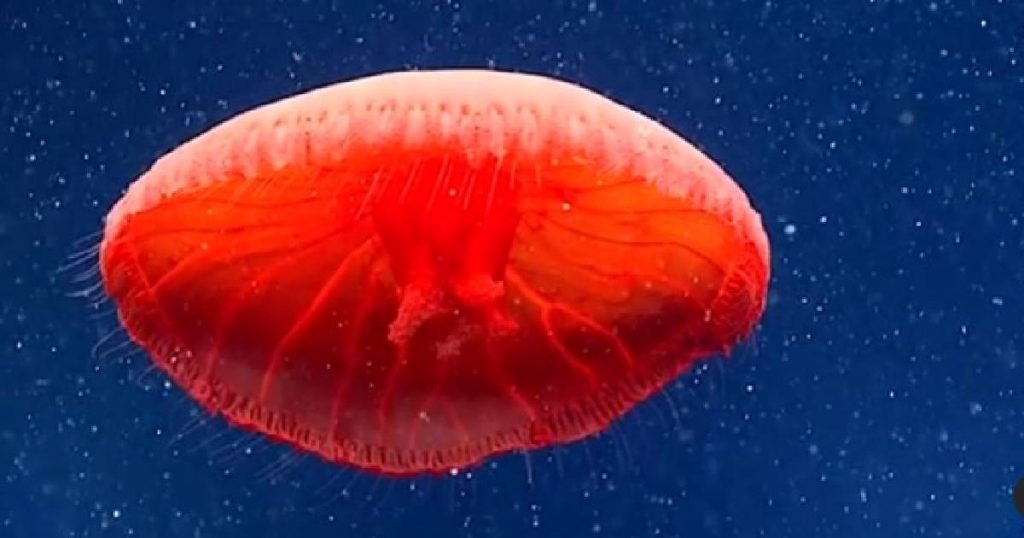 A new species of jellyfish was recently discovered on the Okeanos expedition going on in the Atlantic Ocean. While diving at a depth of 700 meters (2,297 feet) the animal was found and recorded. It’s one of the many species that has never before been seen that have now come to light because of the research being done.

This jellyfish was seen during a deep-water dive conducted on July 28th, off the coast of Newport, Rhode Island. The NOAA spotted it and it is now immortalized in footage captured from their ROV (remotely operated vehicle). The ROV called the Deep Discoverer dove to a depth of 915 meters (about 3,000) feet and filmed any creatures it came across.

Quinn Girasek, a NOAA intern studying biology at Juniata College in Pennsylvania, was the first to see the specimen when notating the footage recorded on the dive.

This is probably one of the coolest things we’ve ever seen. Even if there aren’t many around we’re sure glad that they were able to capture it on film. Now we can see it whenever we want to!