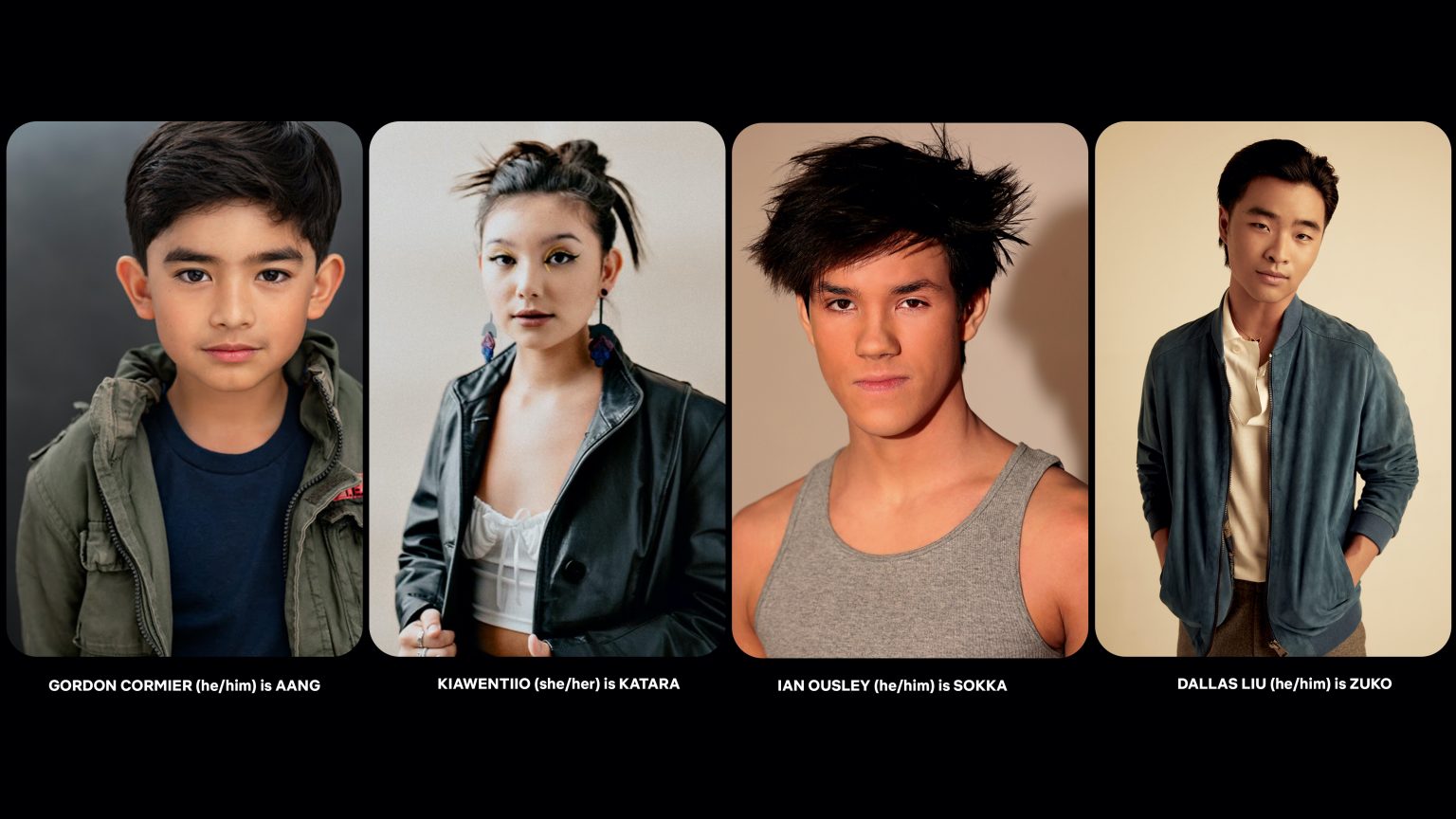 This morning, Netflix released the official cast list for the main 4 characters in their upcoming live action adaptation of “Avatar: The Last Airbender.” The news was shared by Albert Kim, who will be serving as showrunner, executive producer, and writer of the series.

Here’s what he had to say:

Bringing ‘Avatar’ into the Live-Action Realm for Fans Old and Newby Albert Kim Showrunner, Executive Producer and Writer of ‘Avatar: The Last Airbender’

“This is all my daughter’s fault. She’s the one who got me hooked.

When Avatar: The Last Airbender first aired on Nickelodeon, she wasn’t quite old enough to fully track the narrative. Yet I’d still find her glued to the TV every week, captivated by the adventures of Aang and his friends (who would quickly become her friends).

I began watching along with her with the thought of helping her understand what was going on. But my Dad-splainy duties quickly fell by the wayside as I found myself sucked into the world and characters, and soon we were watching side by side, both of us swept away by the singular mix of action, humor, and epic storytelling.

It also wasn’t lost on me that this was a world that drew from Asian cultures and legend, which is a rarity to this day and something I appreciated as an Asian-American father. That my daughter was able to see characters who looked like her on screen was more than just entertaining. It was a gift.

Flash forward 15 years. Netflix offers me the opportunity to develop a live-action remake of Avatar. My first thought was, “Why? What is there I could do or say with the story that wasn’t done or said in the original?” A:TLA had only grown in popularity and acclaim over the last decade and a half, which is a testament to how complete and resonant a narrative experience it had been. So if it ain’t broke, why fix it?

But the more I thought about it, the more intrigued I became. VFX technology has advanced to the point where a live-action version can not only faithfully translate what had been done in animation — it can bring a rich new visual dimension to a fantastic world. We’ll be able to see bending in a real and visceral way we’ve never seen before.

Also, Netflix’s format meant we had an opportunity to reimagine a story that had originally been told in self-contained half-hour episodes as an ongoing serialized narrative. That meant story points and emotional arcs we’d loved in the original could be given even more room to breathe and grow.

Finally, a live-action version would establish a new benchmark in representation and bring in a whole new generation of fans. This was a chance to showcase Asian and Indigenous characters as living, breathing people. Not just in a cartoon, but in a world that truly exists, very similar to the one we live in.

Don’t get me wrong. We’ll be expanding and growing the world, and there will be surprises for existing fans and those new to the tale. But throughout this process, our byword has been “authenticity.” To the story. To the characters. To the cultural influences. Authenticity is what keeps us going, both in front of the camera and behind it, which is why we’ve assembled a team unlike any seen before—a group of talented and passionate artists who are working around the clock to bring this rich and incredibly beautiful world to life.

But in the end, the reason I decided to do this came down to one thing:

Somewhere out there, a young kid is sitting glued to their TV, waiting to be taken on an incredible journey. And I want to take them on it.

I hope you’ll come along too.”

Michael Goi, Roseanne Liang, and Jabbar Raisani will be directing.

Obviously, we don’t have a release date yet as filming is kicking off in earnest as we speak. But we’ll be sure to let you know what else we hear about this and other news.