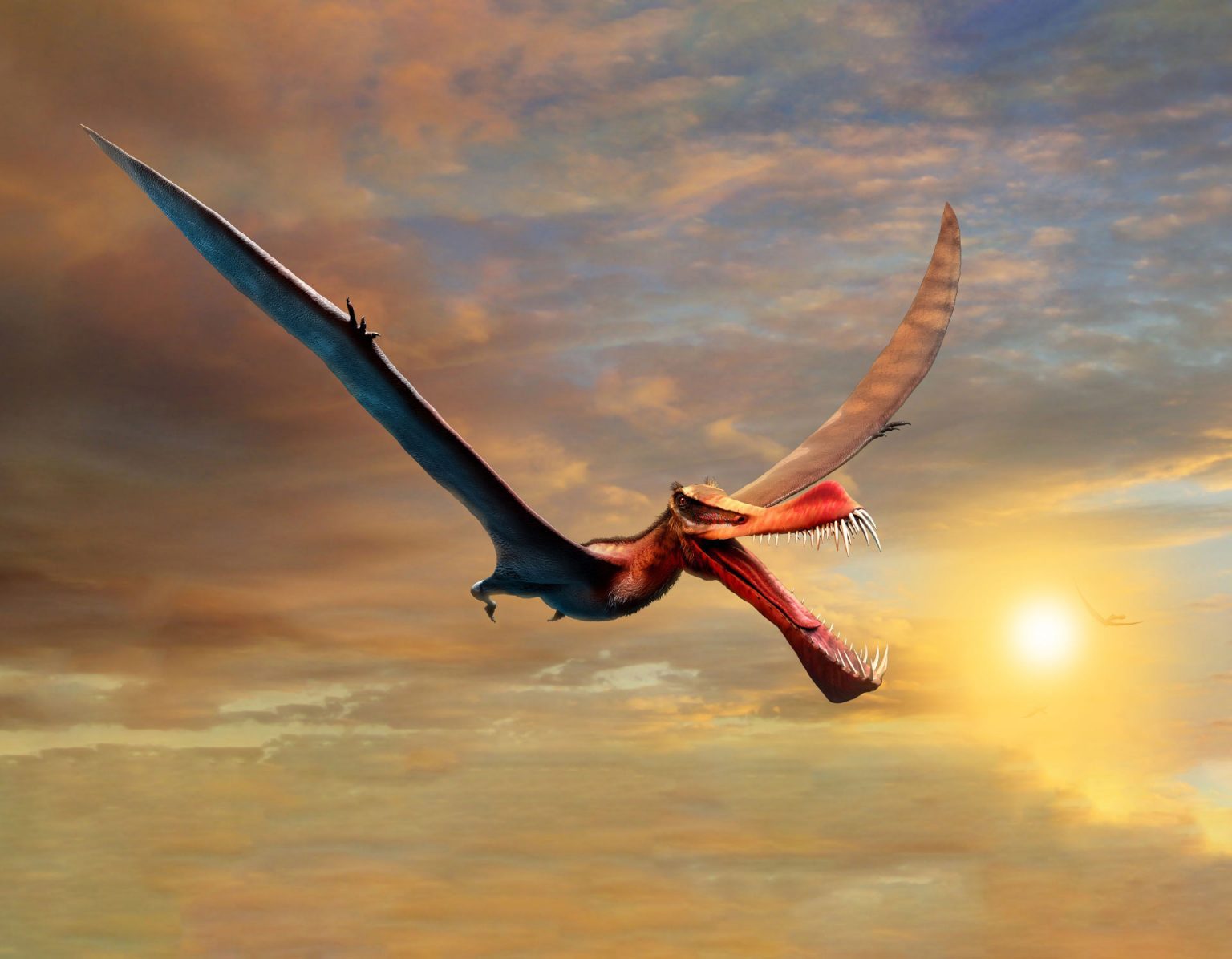 Leave it to Australia to find monstrous creatures, the likes of which we’ve never seen before, even in death. In a recent publication from the University of Queensland, PhD candidate Tim Richards described the fossilized remains that were originally found in a quarry back in June of 2011. After continued research, the fossil now represents a new species of anhanguerian pterosaur, named Thapunngaka shawi.

In terms of being compared to a dragon, that may be a bit of dramatic license; it’s not like a fire-breathing mystical being was soaring above the land of Australia millions of years ago. Thapunngaka shawi is still very much a pterosaur; just a really big one with lots of really sharp teeth.

Richards described the beast as “essentially just a skull with a long neck. bolted on a pair of long wings.” The skull itself would be over a meter long, and attached to it is a spear like mouth with approximately forty teeth. The wingspan is around seven meters, or close to 23 feet. Another way of putting it, is that if Alfred Hitchcock had used this thing in “The Birds,” it would’ve been a kaiju movie. Oh, and everyone would probably be dead, including Hitchcock.

As for the name itself, it’s a combination of Wanamara words for “spear”, (thapun) and “mouth,” ngaka. The shawi refers to the person who discovered the fossil, Len Shaw. Shaw was actually pretty lucky to find the fossil as pterosaur specimens are notoriously hard to find. Because their bones, like most flying creature’s bones are hollow, they’re more likely to be damaged over time. To find a specimen this well preserved is pretty astounding.

Currently the fossil is on display in the Kronosaurus Korner fossil museum. Maybe I’ll see it one day if I can get over my crippling fear of massive spiders.

Sorry Australia, I’m sure the country is lovely, but even one Huntsman Spider would be enough to make me never set foot there. And your GIANT PREHISTORIC FLYING DEATH BEASTS ARE NOT HELPING!