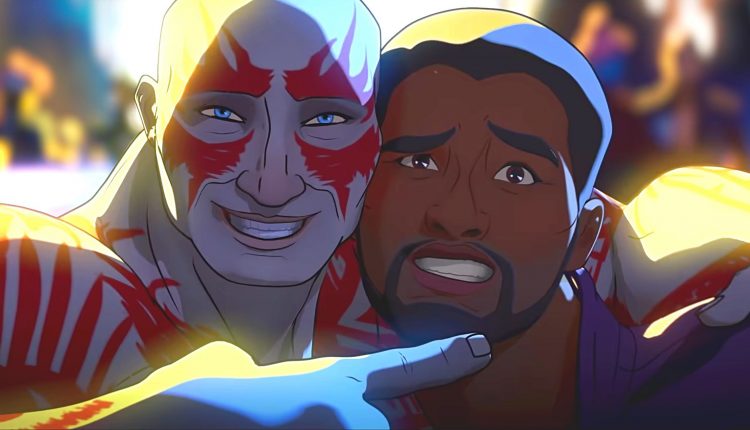 Dave Bautista Was NOT Asked to Voice Drax on Marvel’s “What If…?”

When you think of Drax in the MCU. it’s almost immediate that you think of Dave Bautista. While we’re waiting on Disney+ to release “What If…?,” we were also hoping that the man behind the image and the voice would somehow be involved. But now thanks to a tweet from the “Guardians of the Galaxy” star, we know he wasn’t even asked.

Back in May of this year he mentioned that “Guardians of the Galaxy 3″ would be his last time playing the role of Drax. That’s likely why Disney didn’t approach him to voice the character on their upcoming “What if…?” series. James Gunn was reportedly floating the idea of a Drax and Mantis spin off but according to Bautista they didn’t seem interested. Here’s what he said in a Digital Spy Interview:

“I don’t think they’re very interested, or it doesn’t fit into the way they have things mapped out,” Bautista said. “But other than that, no. I mean, as far as my obligations, I’ve got Guardians 3, and that’s probably going to be the end of Drax.”

The news of him not voicing Drax, or him even being asked sparked James Gunn to respond with a single “What?” Indicating that he’s also not happy about Disney’s decision to completely cut him out.

Piggybacking on the recent tweet, more people voiced concerns about the future of the MCU given that the recent release of “Black Widow” was not up to fans expectations. There is also Scarlett Johansson‘s lawsuit claiming contract violations regarding money from the streaming release as well as theater revenue.

Voicing Drax in the Disney+ / Marvel Studios series “What If…?” is still unknown, but other stars from the MCU are reprising their roles.

All the New 2021 LEGO Advent Calendars Are on Sale Now!