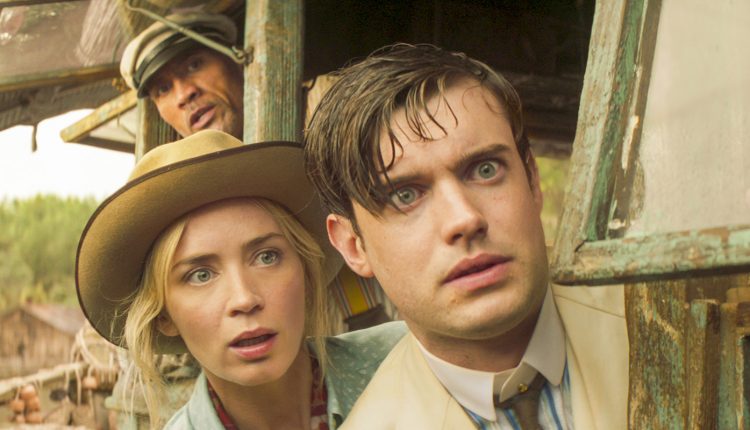 “Jungle Cruise” is Fun, But Far Too Familiar [Review]

I don’t think anyone has taken the Jungle Cruise ride and thought, you know this really lends itself to a full on movie. A feature film based off a relaxing float down the makeshift Amazon River with a pun-filled tour guide doesn’t necessarily scream box office blockbuster. Nevertheless, Disney seems dead set on bringing any attraction without a film IP property to the big screen, which is how “Jungle Cruise” is now currently in theaters.

Sometimes this gamble pays off huge, like with the billion dollar Pirates franchise, other times we work to pretend it doesn’t exist like “Haunted Mansion.” “Jungle Cruise” falls somewhere in the middle, not nearly as bad as the worst attempt but not as good as their best (which I would argue is the “Curse of the Black Pearl” and nothing else). It is a conglomerate of numerous films before it, but is elevated by the cast make it just fun enough to be worth the watch.

Directed by Jaume Collet-Serra (who is known for Liam Neeson films like “Unknown,” “The Commuter,” “Non-Stop,” and “Run All Night“) and written by Michael Green, Glenn Ficara, and John Requa (who have collectively “Logan,” “Smallfoot,” and “Crazy, Stupid Love” on their resumes) “Jungle Cruise” follows Dr. Lily Houghton (Emily Blunt) and her brother McGregor (Jack Whitehall) as they head to the Amazon in search of the Tears of the Moon, a mythical tree who’s leaves can cure any disease or curse. With Frank Wolff (Dwayne “The Rock” Johnson) as their steamboat captain and guide through the jungle, the duo is pursued by german Prince Joachim who wants the tears for his own selfish reasons as well as Aguirre, a cursed conquistador who is also hunting the tree. Of course, shenanigans ensue and the dad jokes flow faster than the rapids.

The tinges of “The Mummy” and some of the lesser aspects of the Pirates franchise (namely the poor attempt to recapture Davy Jones and the Flying Dutchman from “Dead Man’s Chest“) paired with heavy CGI dose of “Kingdom of the Crystal Skull” cannot be overstated. You’ve seen this movie before, and “Jungle Cruise” really doesn’t even attempt to pretend you haven’t. Everything unfolds with mind-numbing predictability, trading out anything that could be more interesting or worth exploring for the check the boxes from marketing test audiences for maximum mass appeal. There is nothing that happens that hasn’t already been done, and done much better. What ends up happening is you feel as though you’re simply watching an adventure unfold rather than being taken on an adventure yourself. Audiences aren’t actually on a jungle cruise, we’re watching a jungle cruise happen from afar.

This occurs for two reasons: a bloated, overstuffed plot, particularly with its villains and the over abundance of digital effects. The villains of Jessie Plemmons and Edgar Ramirez feel at odds with each other, as if they were both imported from other films and forced to work side by side in this one. The antagonists in “Jungle Cruise” never get their proper due, and even when one becomes integral to the story and our protagonist there’s no payoff that justifies their inclusion. The film would be better served to just pick one and stick to it. Either you go the quirky but heartless german or you go with cursed, misguided but soulless conquistador. Having them both is too much, and their motivations and stories end up colliding rather than adding to the overall intrigue of the adventure.

The heavy digital effects are more distracting than enhancing, especially considering the WW1 backdrop. Everything practical feels old and worn down and dim, and makes you feel like you’re in the early 1900s at the height of a world war. But once “Jungle Cruise” gets to the amazon, everything becomes bright and colorful and vibrant, with the heavy digital effects taking you out of the adventure. I’m all for digital effects to enhance the experience, but “Jungle Cruise” almost touches into that Star Wars Prequel territory, with everyone looking and feeling like they’re on a green screen instead of interacting with anything real or tangible. This probably won’t be an issue for everyone, but because nothing else was immersive, the effects put up yet another barrier between myself and the adventure unfolding.

Luckily, “Jungle Cruise” is elevated by its phenomenal cast who all elevate the material and inject the much needed fun that seems to be missing everywhere else. The Rock and Emily Blunt have perfect onscreen chemistry, with Jack Whitehall making a tripod of witty banter and yes, dad jokes. All three of the leads are the crux of the film and the true lynchpins that hold “Jungle Cruise” together. Without them, the film would probably fall apart. But all three of the protagonists are charming, funny, and magnetic even if what’s around them and what’s happening isn’t as interesting. Even Plemmons, who is held back by the villain problem brings a true quirkiness and weirdness to the role, and seems to be relishing in his over the top imperial German psychopath. He could have been the only villain in the film and it probably would’ve functioned better.

I simply can’t stress enough how wonderful Johnson, Blunt, and Whitehall are together. This is a prime example of actors taking a average film at best and elevating it to an enjoyable movie going experience. They put the fun and adventure in “Jungle Cruise,” and the film simply wouldn’t be watchable without them.

Lastly, we need to stop with 2 hours being the new standard for film length. “Jungle Cruise” feels as long as its runtime, stretching plot and plot thread just a little too thin. I don’t know that I was checking my watch at all, but I could feel myself starting to shift around a bit and looking forward to the film finally being over. This is not exclusive to this case, as a majority of films recently seem to be striving to hit the two hour mark despite their story and film not really needing that extra 30-40 minutes. “Jungle Cruise” could very easily be 40 minutes shorter and be just as effective. There is simply too much going on and too much borrowed from elsewhere to warrant its runtime, and you’ll most certainly feel it as you make your way deeper into the amazon.

“Jungle Cruise” is fun, mainly due to its star-studded cast who all do their best to make it all come together. The film suffers from an overstuffed plot and too many villains, as well as struggles to be its own thing by being derivatives of too many others, some good and some bad.

If I’ve learned anything from watching- it’s that if The Rock ever quits acting, he’ll have a very long and successful career as a steamboat tour guide on the Jungle Cruise at Disneyland.

Seriously, this is all I want now.

You can catch “Jungle Cruise” in theaters now, and on Disney+ with Premiere Access.

No One Knows the RIGHT WAY To Fill PEZ, Until Now-

Florida Man Jumps Barrier, Gets Attacked by Jaguar at Zoo