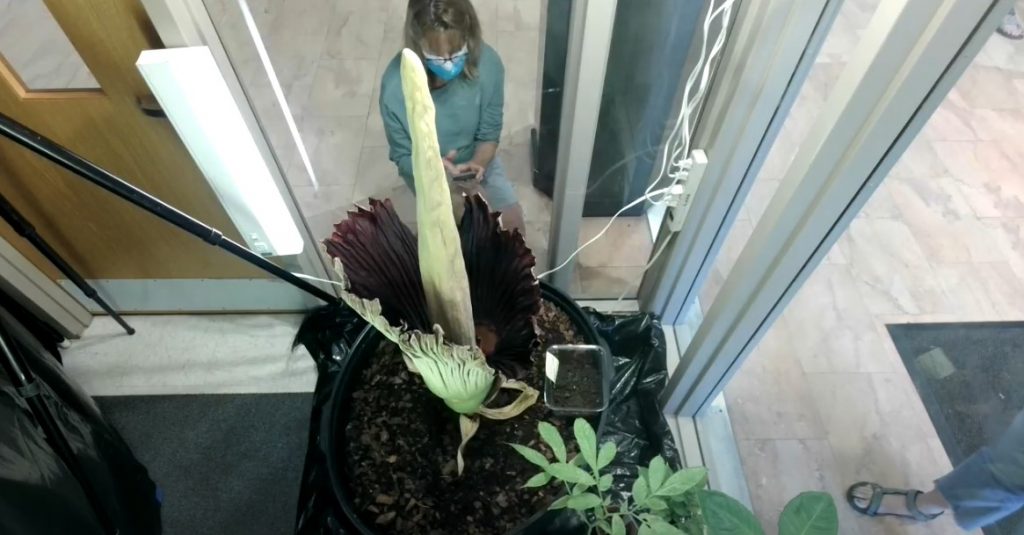 There are many things in life that we’re lucky to have livestreams of. Want to watch an Eagle’s next with hatching eggs? Got it. Want to watch an event on the other side of the world? You can do that too. And now thanks to the University of Tennesse we can watch a rare corpse flower bloom.

How rare is a corpse flower? Well according to scientists say that there are fewer than 1,000 remaining in the wild. The Amorphophallus titanum or Corpse Flower is listed as endangered by the International Union for Conservation of Nature (IUCN). They estimate that the population has declined more than 50% in the past 150 years. So if you’re wondering how much of a treat it is to watch this livestream.. there’s your answer.

Corpse flowers get their name from the smell they omit. They are compared to the smell of rotting meat, or even more morbidly a dead body. They bloom and last for just 24 to 36 hours before they wilt.

Watch the livestream down below.