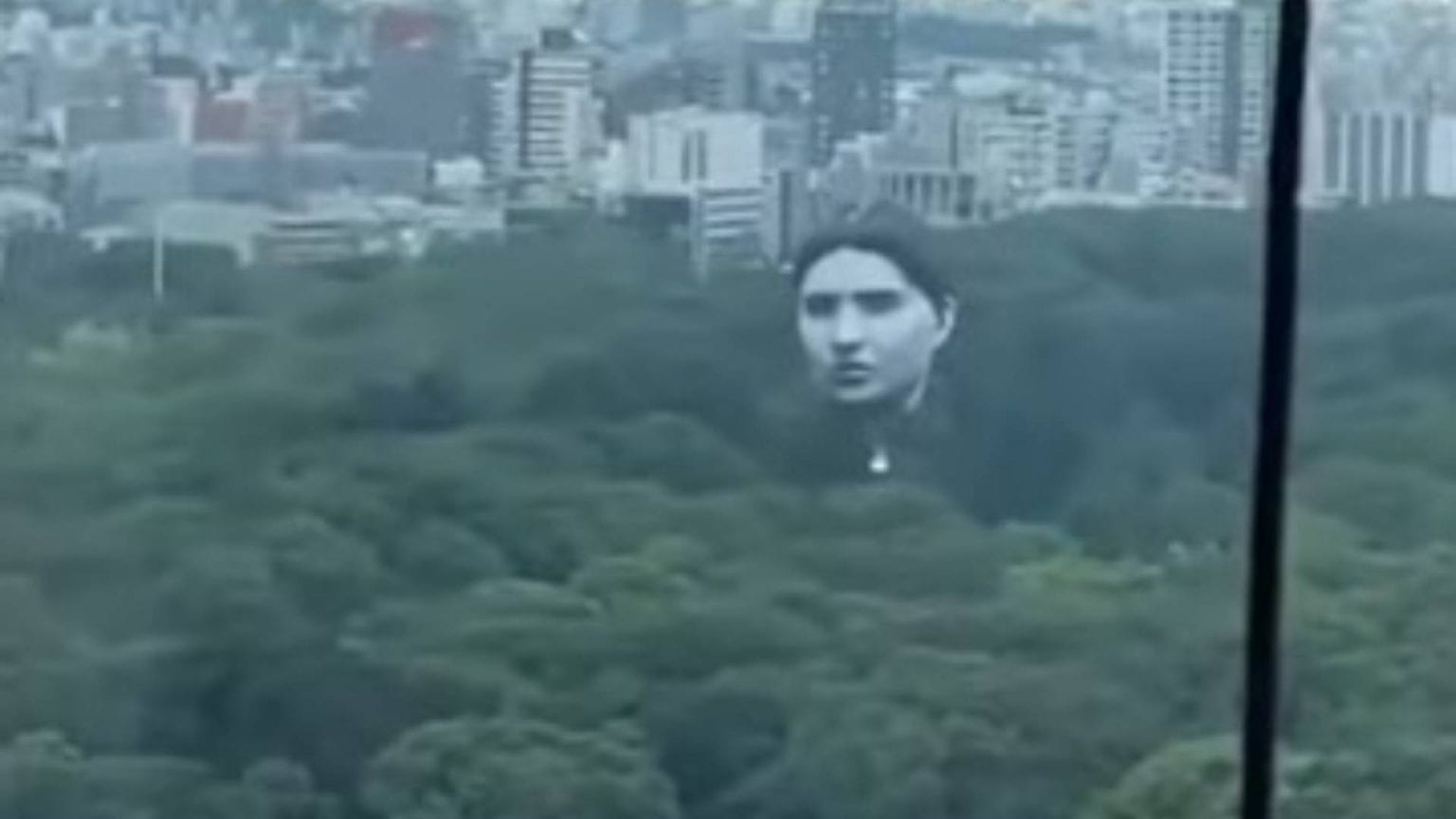 On July 16th, Tokyo natives were present for a very odd sight. A giant floating head showed up over Yoyogi park. The head was a surprise to many of the locals, as they didn’t know the head is a giant hot air balloon!

The “Masayume” project, in which the contemporary art team, Mé, solicits faces from the general public and floats one huge “face”. The date and place of the event was secret until the day of the event, but it was finally launched over Yoyogi Park at 6 am on July 16, 2021.

The head was a sight to be seen as it hovered over the park early in the morning hours. The idea originated from a member “Kojin” (Japanese for individual) who had a dream of his uncle’s head floating in the sky. They thought they would take it a step further and make it more ambiguous. Stating that age or gender didn’t matter when it was in a crowd. The idea is to make it a face that is dissolved into part of the landscape.

“I thought again,” Do not a mystery, “a look at the landscape this morning face is gradually emerged. Stripped the things that all rationality, is emotional and I think everybody has been working hard for this moment.”

What the person had to say translated from Japanese

This project took three years to produce. A special site collected more than 1,000 faces from all over the world. They also went into the city and held “face collection workshops” fifteen times in various parts of the suburbs of Tokyo. After that, a “face meeting” was held to discuss which faces should be floated, and the criteria for selecting them was decided.