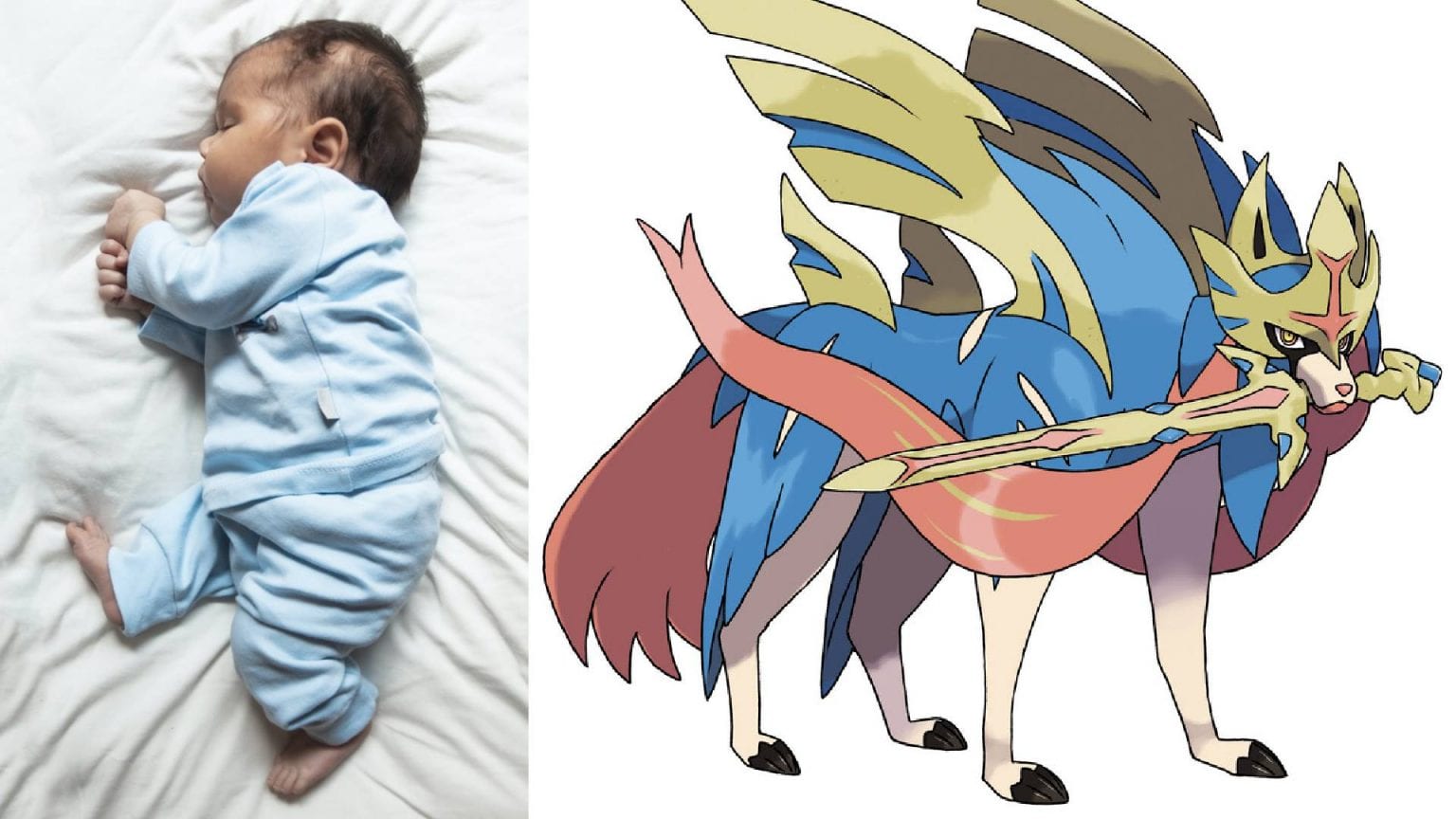 Brother Tricks Sister Into Naming Baby After a Legendary Pokémon

Brothers have been a nuisance to sisters for as long as time has been measured. Whether that involves an intentional prank, or one that just kind of happened, you can usually pinpoint discourse to in my experience the little brother. Well, thanks to one brother, there’s a baby in the world named after a legendary Pokémon.

The story goes that he was sitting in the backseat of the car when the conversation happened. He at the time was playing the new “Pokémon Sword” that takes place in the Galar region. After throwing a quick ball at the legendary Pokémon, he thought to himself that this was a name that started with Z, let’s offer it up.

I was on a family vacation driving around the mountains and while in the van my little sister had her kid. The family is in celebration and apparently there was still a discussion on what the child’s name would be. (Father not in the picture, long story). While they were discussing potentially unique names I kept overhearing they wanted it to begin with the letter Z (for whatever reason). by PURE COINCIDENCE I was in the van playing Pokémon Sword on my Nintendo switch in the back and I had JUST caught Zacian with a quick ball. (Truthfully this was my 2nd attempt at him and i just opened with it). I jokingly suggested, “Hey Zacian is a kool name. It means sword in Japanese.” My mother and family loved it so its now official.

On the real, my older sis and GF are the only ones that know the truth, so now we are getting some Pokémon related gifts for the baby for Christmas to reveal the truth and make it a funny joke.

Now his nephew is officially named Zacian, which is a really cool dog like Pokémon! If I were that kid I would be so happy to know that my cool uncle offered up the name they went with. Of course I’m imagining that Pokémon remains a staple of life going 10, 20, and 30 years into the future. If anything no one else at school is going to have this name. And with a first name that starts with a Z they’ll probably be last to do their in front of the class book report, hopefully.

Here’s the videos from TikTok of them breaking the news to their mom about the baby’s name.