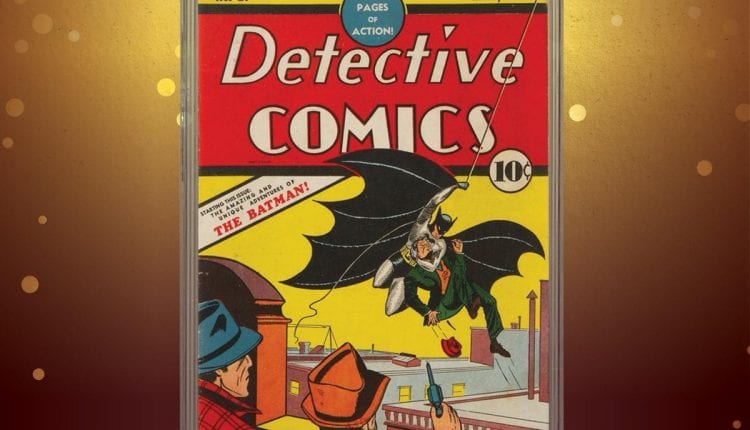 High quality collectables are big business. From Pokémon to Major League Baseball, “Batman” to “The Yellow Kid,” the aftermarket buying and selling of beloved memorabilia is a billion dollar industry on all fronts. When anything becomes a big enough business, no matter how playful, eventually Big Business comes calling. Certified Collectables Group (CCG), the company that help put hard numbers on the quality of your comics or cards with their internationally recognized CGC (Certified Guarantee Company) ratings, are being purchased by ‘investment slumlords‘ The Blackstone Group.

Although an industry standard at comic conventions and collectable fairs, CGC grading is not without its many criticisms. Many in the field find the system to be untrustworthy, and the exact method of grading is deliberately vague. Many are the stories of a comic sent for grading to be ‘cracked’ from its grading slab and resubmitted, only to receive a different grade than before.

The Blackstone Group is a large scale investment company, owner of companies, properties, and real estate, all totaling well over $600 billion and rising.

A press release on the purchase of CCG states:

“Blackstone will seek to accelerate CCG’s growth, enabling the company to invest significantly in its current and planned services, adding and training new employees, expanding its geographic and product reach, acquiring new technologies and developing its digital presence.”

This comes from the company that was investigated by the United Nations for its practice of purchasing single-family homes during the US financial crisis of 2007-2008, hiking rent prices, and forcing evictions to such an extent as to have “devastating consequences” on communities. In particular, The Blackstone Group’s harsh price raises and targeted tenant fees were known to have a disproportionately large negative effect on communities of color. Blackstone was also condemned by the United Nations for using its significant resources to purchase political leverage to deliberately undermine laws and policies related to purchase and maintaining of adequate housing. The group have disputed the United Nations report claims.

While acquiring the company that puts those all-important numbers on your Pokémon collection isn’t in the same realm as mass-purchasing homes in low-income communities, it can hardly be a good sign for a company that relies on trust to be backed by a controversial giant who also owns companies like medical supply firm Apria. For those unfamiliar, Apria was the company that just this year was found to have engaged in ‘feats of financial engineering’ to make millions of dollars in false claims over medical ventilator rentals and cost many respiratory specialists their jobs. The Blackstone owned Apria settled the federal suit for $40.5 million. These are the people who own the grading company now.