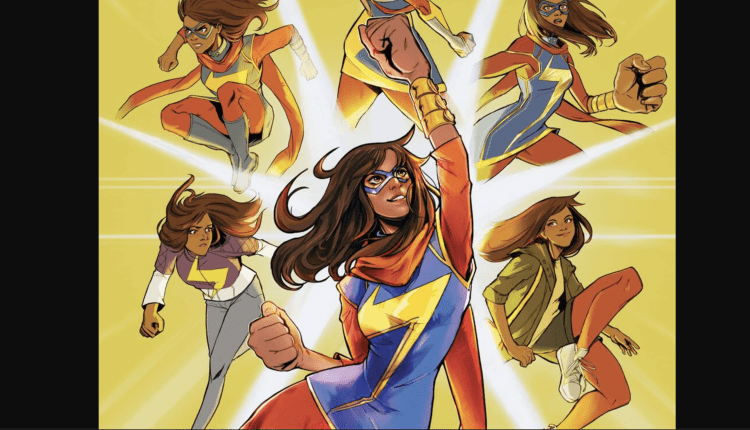 Kamala Khan is returning to Marvel Comics in a brand new series later this year, sporting a new writer and artist. The newest volume of Kamala’s adventures as her superhero alter-ego Ms. Marvel will be written by bestselling Author Samira Ahmed. Featuring art by Andrés Genolet, the new series will be titled “Ms. Marvel: Beyond the Limit.”

Known for her work in young adult fiction, Ahmed’s NYT bestseller “Love, Hate & Other Filters” told the story of a young Indian-American Muslim facing the cultural dissonance of pursuing her dreams and desires whilst dealing with her parents and society’s expectations. Ahmed’s understanding of the worlds of South Asian culture and American life makes her a clear and brilliant choice to continue the tales of young superhero Kamala Khan.

Created by producer Sana Amanat and writer G. Willow Wilson, Kamala Khan was first hinted at in the pages of Captain Marvel before fully debuting in her own self titled series in 2014. A massive success right from the start, Ms. Marvel quickly became a bestseller and challenged the long held belief that new characters aren’t successful in the world of Marvel and DC. Fast becoming a major icon to young readers of many walks of life, Kamala showed a side of the American youth rarely portrayed in comics, and was unafraid of tackling mature real-world issues such as racism, cyber-bullying and Islamophobia. President Barack Obama mentioned the character, calling her creator Amanat a ‘real superhero’ in a reception at the White House for Women’s History Month.

Wilson’s early run on the series would win the Hugo Award for Best Graphic Story, and would go on to run 57 issues, as well as annuals, specials, and Kamala appearing in cameos in many other big name comics. In 2019, Wilson stepped down as writer, passing duties to Saladin Ahmed, known for his hugely popular run on Black Bolt, who continued Kamala’s adventures under the new name The Magnificent Ms. Marvel.

The meteoric rise of Kamala Khan as one of Marvel’s premier heroes is no-where near finished yet, with the character taking the reins as the protagonist in the 2020 Marvel’s Avengers game, appearing in a major role in the animated franchise “Marvel Rising,” and will be the latest face to join the MCU when the live-action “Ms. Marvel” series hits Disney+ later this year. She’ll also be appearing in the upcoming Marvel Studios “Captain Marvel” sequel film, “The Marvels,” and will be played by Iman Vellani.

“Ms. Marvel: Beyond the Limit,” written by Samira Ahmed with art by Andrés Genolet, will hit comic store shelves in September.

This Farm in Kentucky Lets You Hug Fluffy Highland Cows!