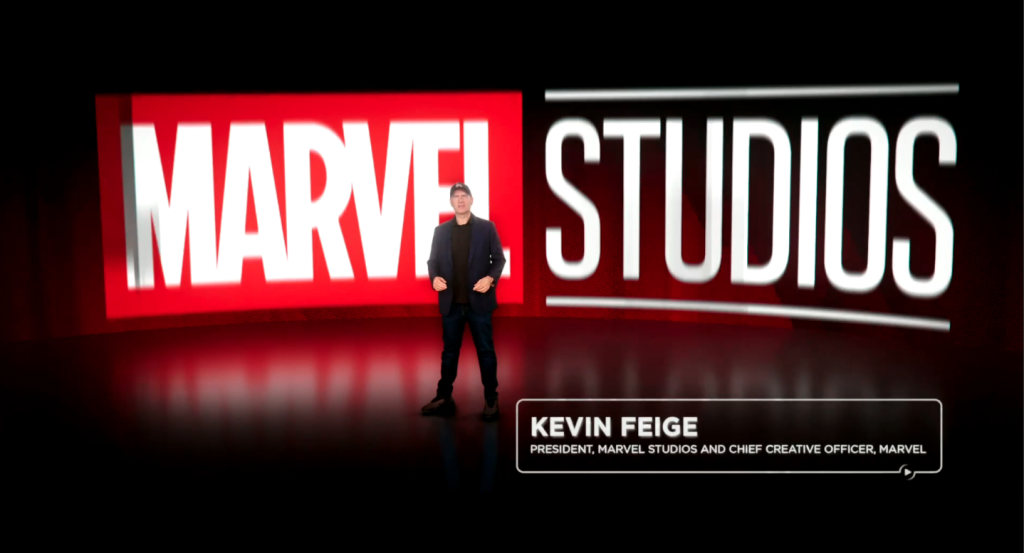 The Marvel Studios portion kicked off with a brand new “WandaVision” trailer:

There was an update of sorts for “Doctor Strange: Multiverse of Madness,” confirming the return of Rachel McAddams, Chiwetel Ejiofor, and (obviouusly) Benedict Cumberbatch.

Turns out some of those rumors were totally correct, and Xochitl Gomez (“The Baby-Sitters Club“) will be playing America Chavez!

Our first look at “The Falon and the Winter Soldier”

There was a first look released at “Loki!”

A blink-and-you’d-miss-it update about “Captain Marvel 2,” including the introduction of “Ms. Marvel” and adult Monica Rambeau!

Tatiana Maslany was confirmed (even though she tried to say she wasn’t!) to be playing the role of Jennifer Walters, aka “She-Hulk” in the upcoming live-action Disney+ series.

Mark Ruffalo will show up, and Tim Roth will play Abomination.

We’ve got an official title for “Ant-Man and The Wasp” third film- “Quantumania!” Also confirmed to be returning is Michelle Pfeiffer as Janet van Dyne and Michael Douglas as Hank Pym. Katheryn Newton will be playing adult Cassie Lang, and Jonathan Majors will bring to life Marvel Comics character Kang the Conqueror.

Riri Williams is getting her own series as well, as “Ironheart” is coming to Disney+! No word on casting yet, but we’re really excited!

We’re getting another notable Marvel Studios Disney+ series, this one called “Armor Wars,” which will feature the return of Don Cheadle as James Rhodes, aka Rhody, aka War Machine!

There was “Guardians of the Galaxy” news too!