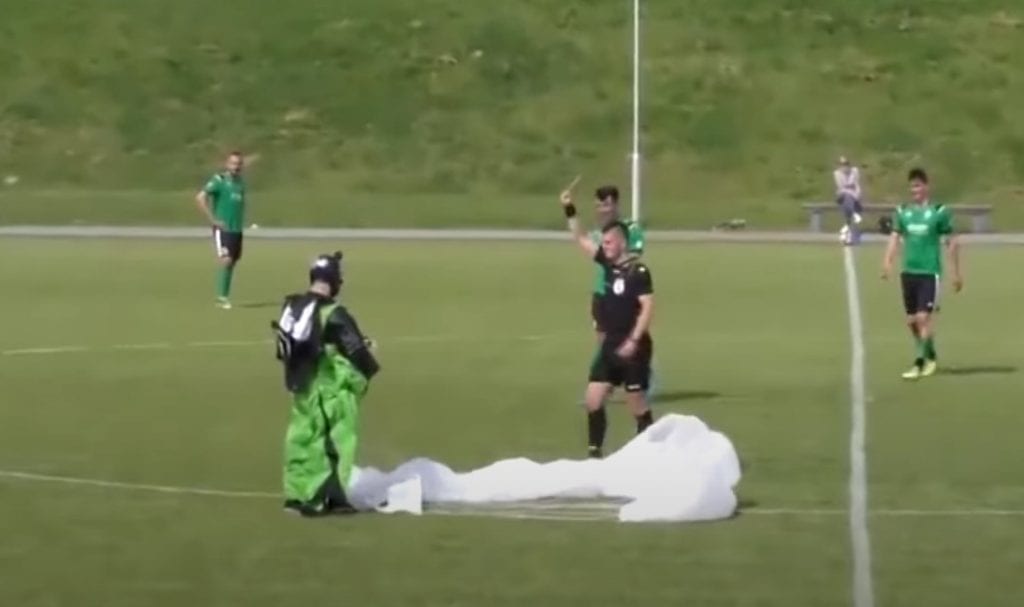 Watch: Skydiver Gets Yellow Card After Landing at Soccer Game

Two videos have emerged online of a wingsuiter making an emergency landing. The skydiver’s primary chute failed to deploy properly so he was forced to use his reserve. He landed much faster than he anticipated using his backup chute and landed in the middle of a Polish Soccer match.

After he landed, he received a yellow card from the referee, probably for entering the field without permission. That referee had a few things going for him and now we know one of them is comedic timing. He didn’t even hesitate to raise a yellow card. He absolutely knew what he was doing.

Check out the videos below. The first is the one shared on reddit of the body camera worn on the skydiver. The second is a round up The Guardian posted on YouTube.