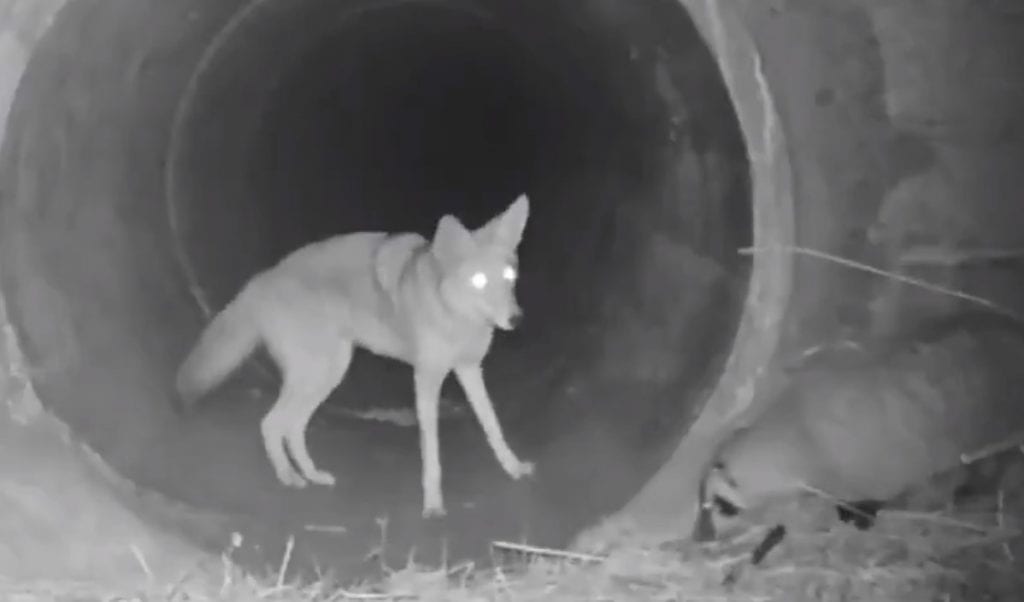 Coyote and Badger Use Culvert to Pass Under Busy Highway

A video of a coyote and a badger using a culvert to pass underneath a busy California highway has been captured. This behavior has never been seen on video before.

Comments on the post pointed out to the coyote’s behavior matching up with what they do to lure animals to attack them in a pack. We’re hoping that’s not what happened here. We’d like to believe that like Tod and Copper, they’re just unlikely friends. But we also have to be realistic.

Using a culvert is one of the behaviors that these animals have used to adapt to humans. As a pet owner, I know I worry about coyotes roaming the neighborhood. For instance, they like to prowl the local train tracks.

If you are worried about coyotes in your area, I highly suggest downloading the Neighborhood app. It’s what I use to get alerts from others who’ve spotted them in my area.