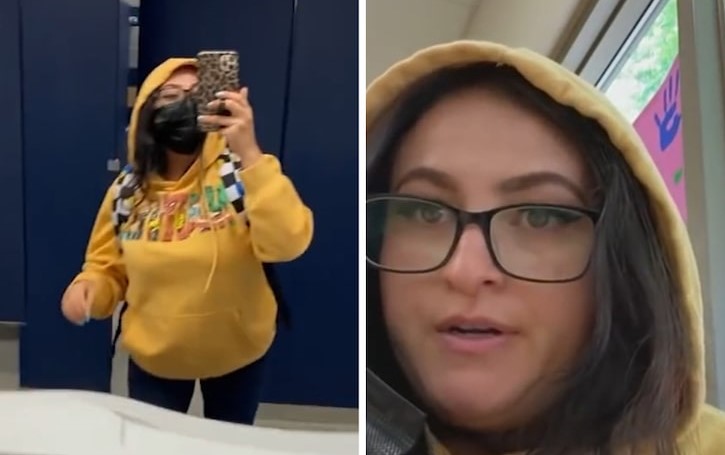 A 30-year-old mother in Texas was arrested for pretending to be her 13-year old daughter. Casey Garcia infiltrated her daughter’s middle school, and almost made it through the entire day before getting caught. She claims it was part of a ‘social experiment.’

Garcia posted her experiment on YouTube, and it racked up over 100,000 views. The administration at the school didn’t think it was funny. They called the authorities, and had her charged for falsifying records and for trespassing. Garcia infiltrated the school on a Tuesday, and was arrested that Friday.

Schools are getting ready to open for in person instruction and she was testing how well they monitor their students. Her social media is tagged with #safetyawareness.

At the end of the video, she thanks the other girls for keeping her secret, which I think is the biggest upset. It would have been more appropriate to warn the girls to always say something if they think something weird is going on, even if it’s a parent of someone you know. And the fact that she was able to impersonate her own daughter and interact with faculty and staff without anyone realizing is a huge problem.

Garcia released a follow up video kind of explaining why she did what she did. She says it was more to observe how things would be for her daughter going back to school than anything else.

Garcia says that she felt she wasn’t a person, that she was only “Hey, put your phone away.” Or the fact that the teachers were so involved with the online students that the in-person students suffered. I can understand wanting to know, without having to come in as a mom and observe. Because you know when you’re there “as a mom” the teachers are going to try to be on their A game and do things they wouldn’t normally do while you’re present.

Here’s the video where she gives her explanations.

If anything though, at least the faculty is revamping things now. The superintendent sent out a notice regarding fixing their security measures going forward.