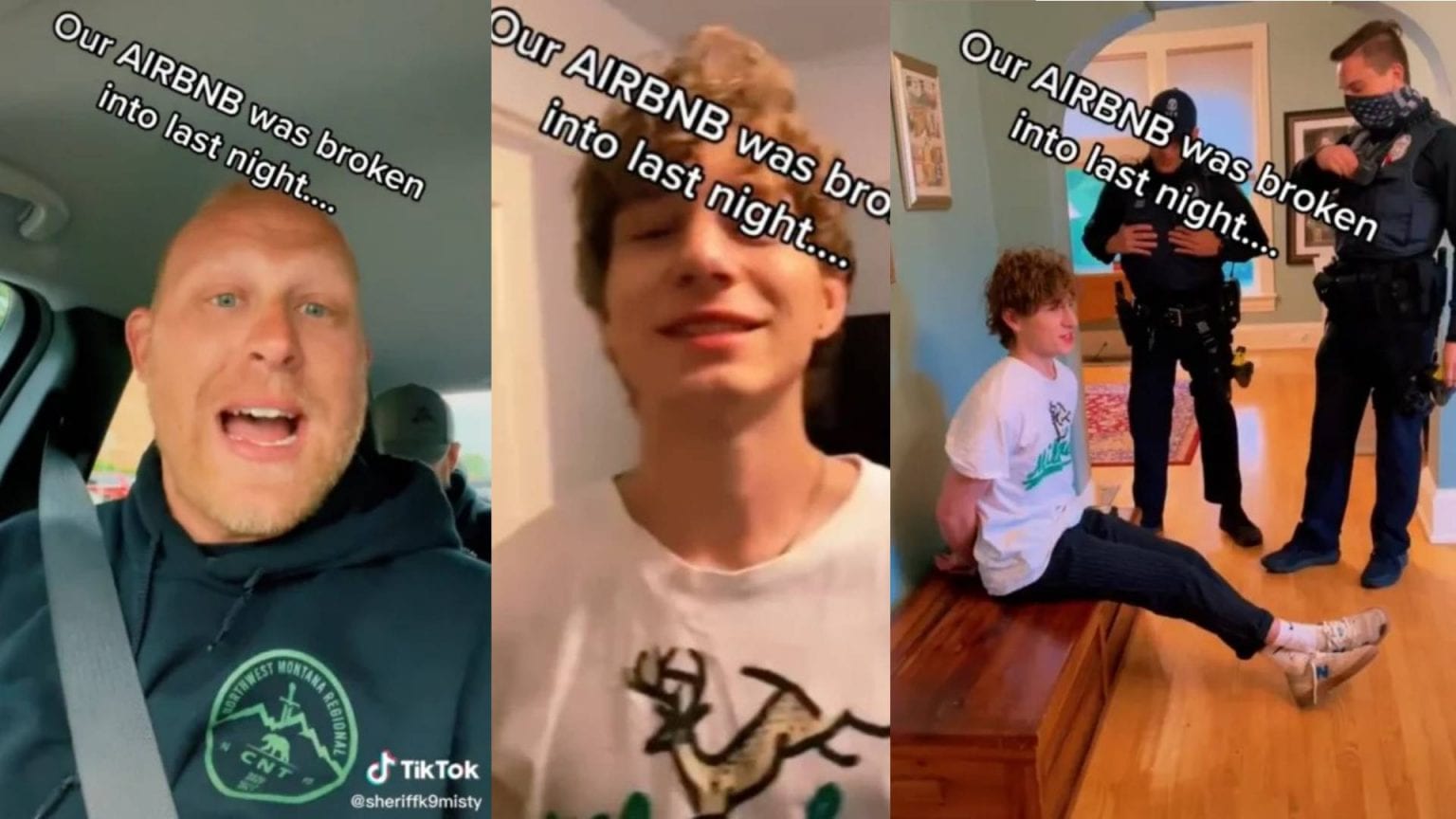 Teen Breaks Into AirBnB Rented By Police Officers, Passes Out

Of all the stupid things to do this has to be top of the list. First, do not consume alcohol when you are underage, ok? In the USA, that means 21+. That said….when you’re legally drinking booze, you have to have some sense of your surroundings. This is just irresponsible. Irresponsible but also a funny story? A Milwaukee teen, who was illegally consuming alcohol, broke into an AirBnB to crash for the night. After waking up in handcuffs, the teen realized that he’d wandered into the only AirBnB in the area that also happened to be full of cops.

The police were there for a training session in Wisconsin. @Sheriffk9misty on TikTok posted about the event, and everyone involved had a good laugh, except the teenager. And probably his parents.

Why didn’t the cops realize this had happened til morning? Well, they were all training, and coming in at different times. They all thought the noise from the intruder was one of the others coming in late. It wasn’t until they discovered the door wide open they realized something was amiss. They then spread out and searched the house to find the teen passed out on one of the beds.

In all honesty the kid was pretty lucky. Had he been mistaken as an intruder in someone else’s home, he could have been seriously injured or worse.

But please, don’t drink under age, and DON’T break into a house, ok?