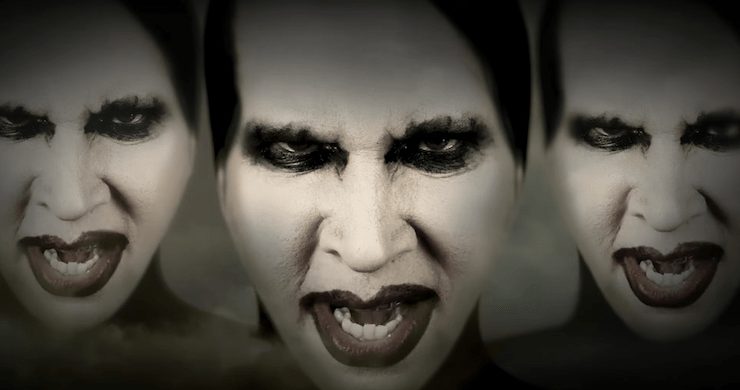 Marilyn Manson, real name Brian Hugh Warner, has been in the news a lot recently concerning severe sexual misconduct allegations. But for an unrelated event, The Gilford Police Department of New Hampshire has issued an arrest warrant for the shock rocker.

It’s important to note that the issuance of the arrest warrant is not a guilty verdict, and as of now it’s still filed in the ‘allegedly’ category. The videographer was subcontracted by a NH based company to video the concert. They were in the stage pit area when they were allegedly spit on. That said, there is video of the event. And it’s pretty obvious who spit on the cameraman.

TMZ was able to dig up the video in question:

It is worth noting that Marilyn Manson has spit on cameras for years as part of his stage act. This videographer is saying that some of the spit hit him as well as his lense. It’s a gross thing to be sure, especially now a days when we’re realizing how many germs saliva carries with it.

Class A misdemeanors are often associated with things like graffiti, assault and other serious crimes. Since Manson is facing two counts, it’s likely he will have to pay upwards of $4,000.

You can read the Gilford Police Department’s official statement on the matter on their Facebook page here: