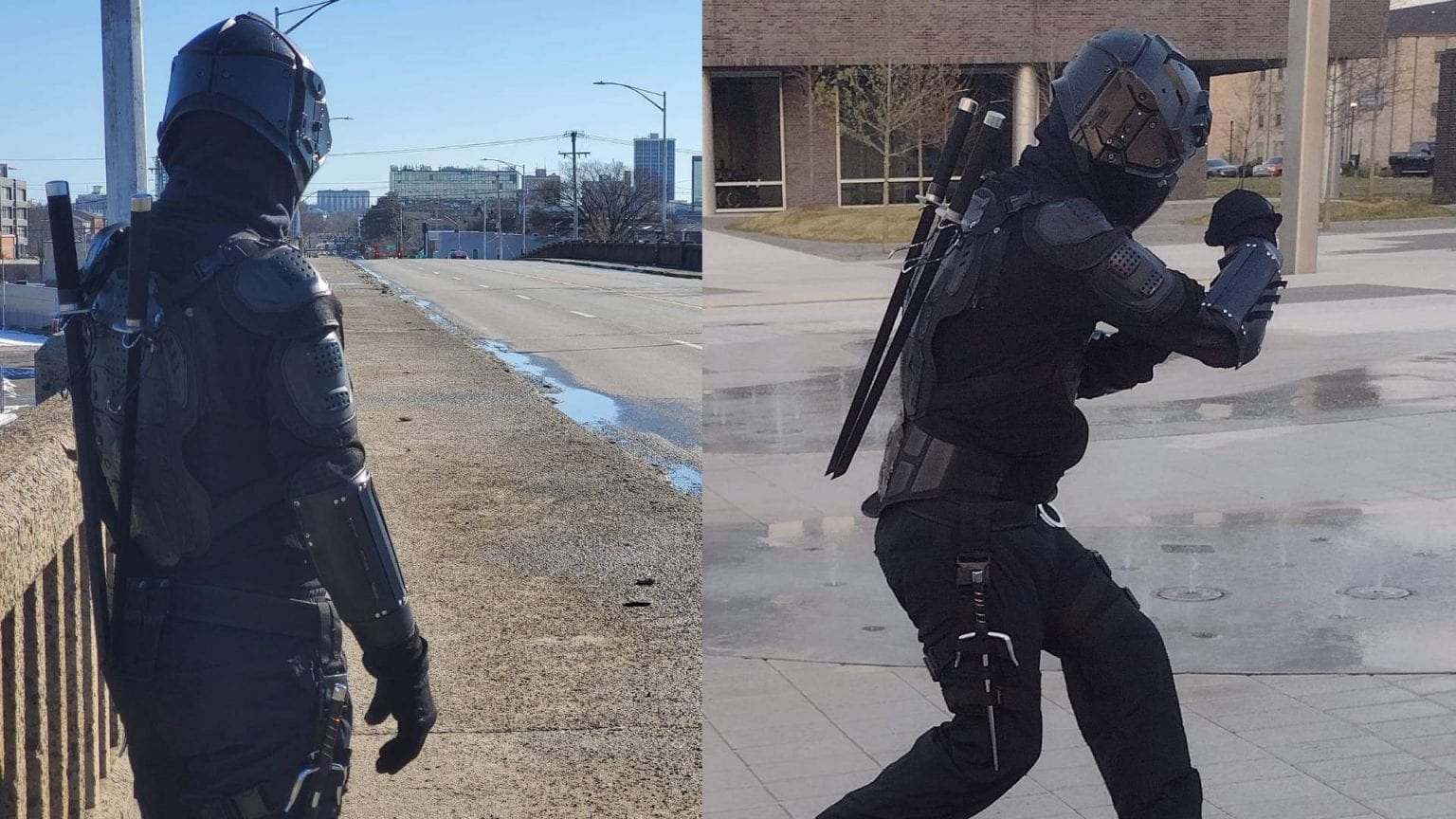 There is a self proclaimed ‘real-life’ superhero patrolling the streets of Little Rock, Arkansas. ShadowVision, as he calls himself, has become the area’s mascot, and says that he is currently hunting down a serial stabber in the area. The hero has 8,500 people following their Facebook page and says they’re committed to this. For some outsiders, it seems crazy, but many people are encouraging ShadowVision to keep going.

“I am ShadowVision a real life superhero. I protect the innocent at what ever cost. I would sacrifice my own life to safe an innocent life.”

There have been three stabbings that the authorities in Arkansas believe to be connected. ShadowVision has only recently come out but says that they’ve been protecting the city for the last eight years. Or at least has been observing it with the intent to protect it.

To any outsider it would seem that ShadowVision is just a regular citizen dressed up and protecting the peace. While they are suited up they take pictures with locals and do meet and greets at various locations. They even sell T-Shirts on the side of their logo. But ShadowVision has taken this all very seriously. They say that they know that the serial stabber is keeping an eye on their Facebook page now and that they will continue to seek them out.

I know that the serial stabber is keeping a eye on my page here. So this is a threat to you when I find you I will show you what I do to serial killers. I am hunting you right now.

They are currently looking for donations to get a crime fighting vehicle. On their facebook page they have a post asking for contributions.

Currently they are patrolling on foot but have their eye on a Scion because it’s “agile and can take turns at high speed.”

If you’re thinking this person is motivated by money that’s not the case here. They’ve also done other things that would qualify them as everyday super heroes with or without the outfit. Last year they gave away a Christmas tree to a family in need. That same year they tried to roll out a program called Visions of Hope, in which you would send them money via CashApp. ShadowVision says he’d use it to help the homeless and less fortunate children to Christmas they might not otherwise have.