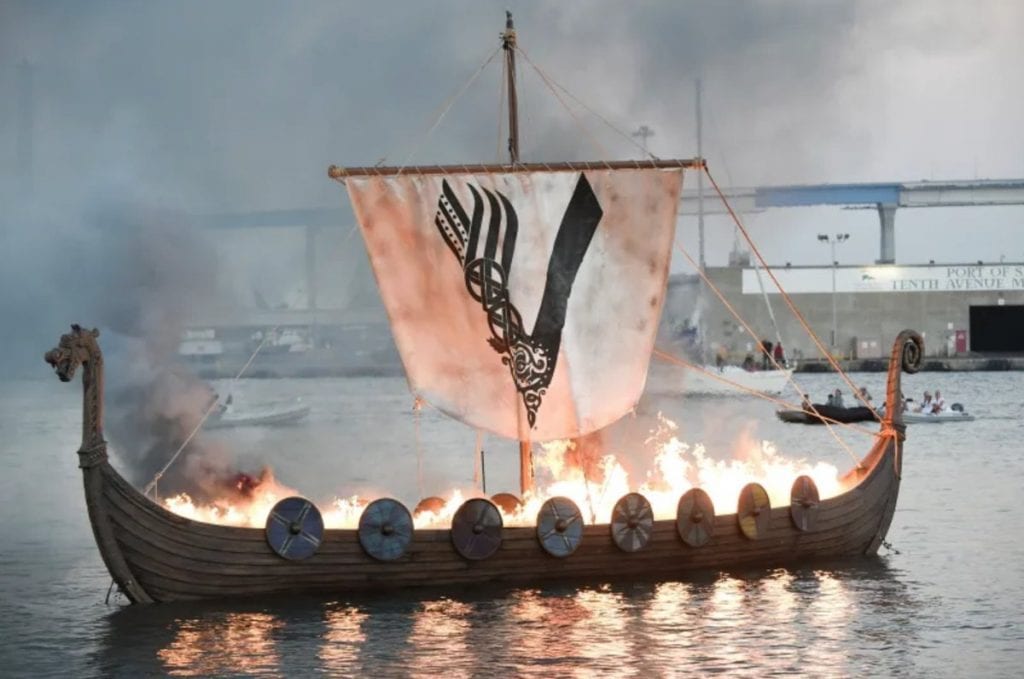 Proper Jedi, Viking Funerals May Soon be Allowed in Maine!

There is a bill being introduced in Maine, that if passed, will allow for Viking-style funerals. On that same note, you could also opt for a funeral pyre like that of a Jedi. The bill is being introduced by funeral director administration association Good Ground Great Beyond.

Good Ground Great Beyond is responsible for more ‘unconventional’ (but more traditional) burial services. The association believes people should have some control over how their bodies are dealt with after death.

To be able to hold a Viking or Jedi funeral, they would need to find people with 20 sections of land of land to their name. They would need to make sure that the people in the immediate vicinity are properly taken care of. They might opt for people to wear masks during the funeral to prevent any ash from entering their lungs. They would also need to make sure any floating ash landed on the property as to not contaminate other peoples land without their consent.

A similar bill was introduced in Missouri but was vetoed by Governor Michael Parson in 2018.

“The burial of our loved ones or the disposal of their remains is deeply personal and should be treated with the utmost care and respect. Without more thorough vetting to ensure that outdoor cremations can be conducted in a manner that fully disposes of the entire remains while also addressing the health and safety concerns of individuals who may be impacted nearby, I am not comfortable with allowing these types of ceremonies to be conducted in our state,” Parson wrote.

But the thing is I don’t know a single person who would want to be buried. It’s such a sad feeling to know that you’re just going to rot in the ground and be consumed. Now being lit on fire and keeping your loved ones warm one last time like a giant fiery hug? I’m more for that than anything.

It also appears that Parson was mistaken when he said that they would be a health and safety concern. The United Kingdom’s Minister of Justice Ivan Vince (an expert in combustion science), looked into the environmental and health risks connected to open-air cremation. According to that report they found nothing concerning about it.

If this gets passed, I know where I’m arranging my services. Instead of a destination wedding- it’s going to be a destination funeral, and I hope you party your butts off.

Also I should note that there is already a couple of places that do this within the United States, but they are few and far between. This place in Colorado only holds about nine Viking funerals per year, which I think is way lower than the amount of people that actually would want these. When checking the website, the rite is only available to residents of Saguache County, which answers my question as to why more people don’t do this there.

We’ll keep you updated on whether or not this passes.