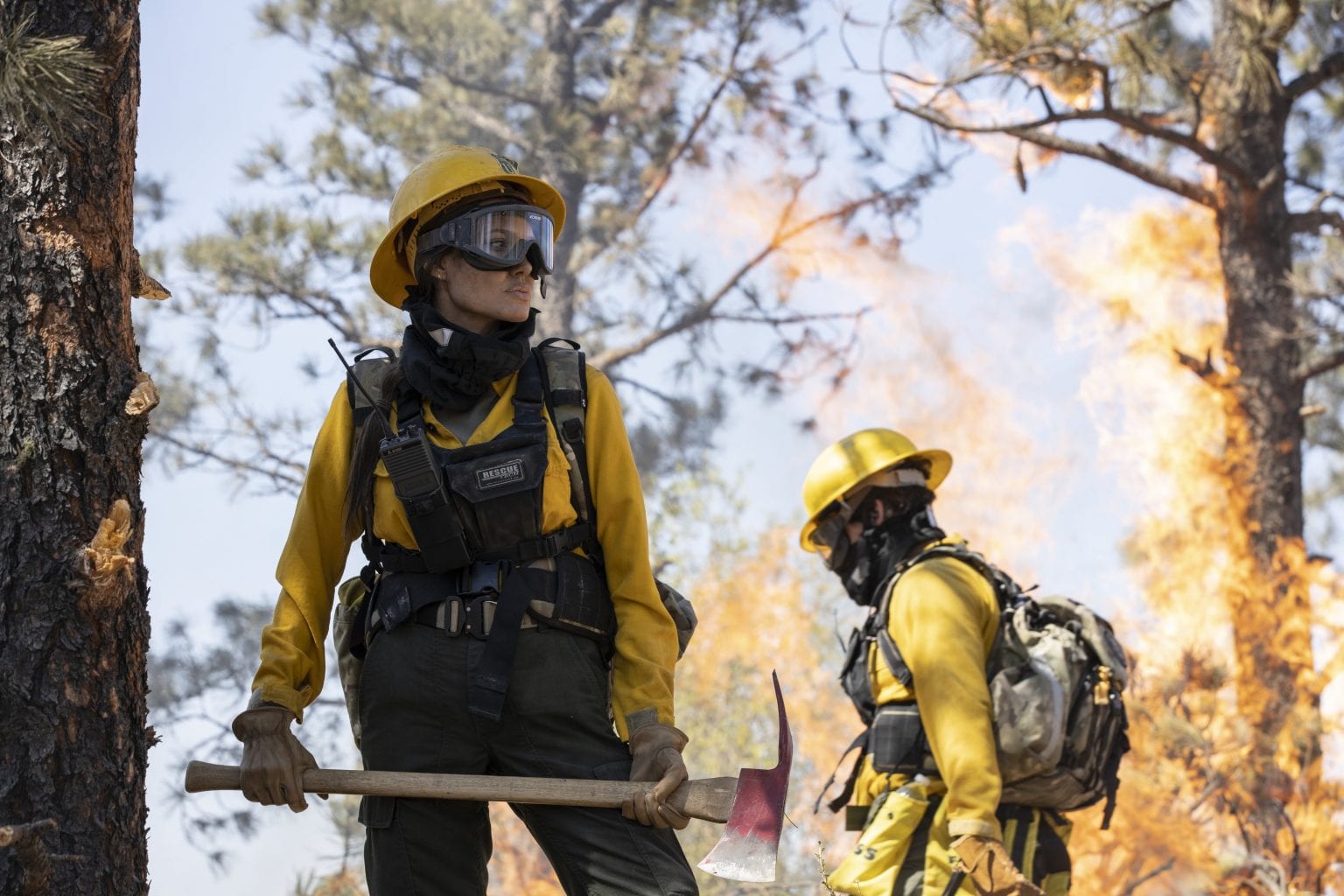 “Those Who Wish Me Dead”: Even Angelina Can’t Get Us to Care [Review]

“Those Who Wish Me Dead” is so very silly while also having some decent grace notes among the characters. It might have been made by a student of the works of Guy Ritchie. Unfortunately it wasn’t a very good student film, which is a shock, since it was written and directed by Taylor Sheridan (the same fellow who wrote both “Yellowstone” and “Sicario“).

Angelia Jolie stars as Hannah Faber, a tough as nails smokejumper with PTSD. She ends up finding a young boy, Connor (played by Finn Little) who has damning information about a mob boss’s accounting irregularities. Connor is being chased by a father/son hit man duo Patrick and Jack Blackwell (played by Nicholas Hoult and Aidan Gillen). Mix into the cat and mouse game various other individuals needed to help keep the razor-thin line of connections going including a forrest fire (originally set by the Blackwells).

Where the film is interesting is that it’s very Ritchie, in that the characters clearly have deeply fleshed out backstories that have brought them to the current situation. Their banter is the sort that is should keep the audience entertained. And it does to a point, however the amount of wildly coincidental happenings had have to occur to keep the plot moving along border on (and occasionally step past) the hokey.

As Hannah, Jolie is as enjoyable to watch on screen as ever in a tough, action-based role. In fact, the lack of overall cohesion issue isn’t with any of the performances. Everyone is swinging for the fences, but the overall arc of these two hit men running across all these individuals becomes such an incongruous stream of events. The purpose for the forrest fire (or for Hannah to be a firefighter) is purely a plot device. The effects on the fire itself are clearly not where much budget wound up being used for. “Backdraft,” it is not.

The film is fine enough to watch, and some of the aforementioned characters are what it make it worthwhile. Sadly at the end, when the credits start to roll, there haven’t been any real emotions engaging us to the film. We’re neither happy nor sad, we hadn’t been particularly excited from the final action beats. It simply ends, and we go on about our day.

“Those Who Wish Me Dead” is streaming now via HBO Max.

Those Who Wish Me Dead