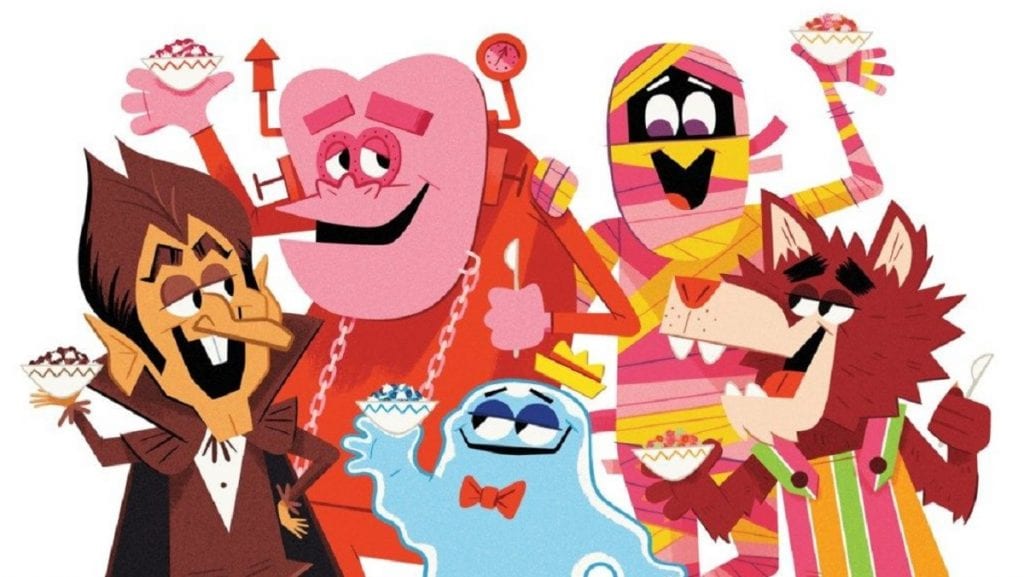 Do you remember when Universal Pictures wanted to create their own shared cinematic universe based on classic movie monsters? No? They started it with that one Tom Cruise movie, you know? “The Mummy?” in 2017? Well, you’re not alone. So granted the bar wasn’t exactly set high for a monster crossover like that, but it looks like that threshold is about to be crossed…by General Mills.

That’s right. General Mills, the cereal company, is doing a crossover cereal event between five of its monster cereal mascots. If your response to this information is, “There’s FIVE, monster cereals?” then congrats, you’re a normal person. 2021 marks the 50th anniversary of the debut of Count Chocula and Franken Berry. Boo Berry was introduced two years later in 1973. As for the other two, there’s Fruit Brute the werewolf and Fruity Yummy Mummy the uh, mummy. The reason you may not remember them is because of their limited runs from 1974-1982 and 1988-1992 respectively.

So now that it’s a half-century since Count Chocula and Franken Berry rose from their grain based graves, General Mills is celebrating the anniversary by throwing them all together with the new Monster Mash cereal. According to Bloody Disgusting, the breakfast product is described as “artificially berry flavored frosted cereal with monster marshmallows.” One can’t help but notice the conspicuous lack of chocolate in that description. We reached out to Count Chocula for comment on this lack of inclusion but received no response, largely because he’s a fictional character incapable of actually communicating with human beings.

Seriously though, naming the cereal Monster Mash is a solid choice, likely based off of the 1962 hit song, “Monster Mash” sung by Bobby “Boris” PIckett and the Crypt-Kickers. The song ends with the monsters in the song playing music together: “Now everyone’s playing, Drac’s a part of the band/And my Monster Mash is the hit of the land.” Fittingly enough, the front of the cereal box features all five of the mascots jamming out together.

No official release date for the cereal has been announced as of yet but if it hits shelves in the lead-up to Halloween, it wouldn’t exactly be a surprise. And if it only lasts for a month or two it’ll still be more successful than the Dark Universe crossover.