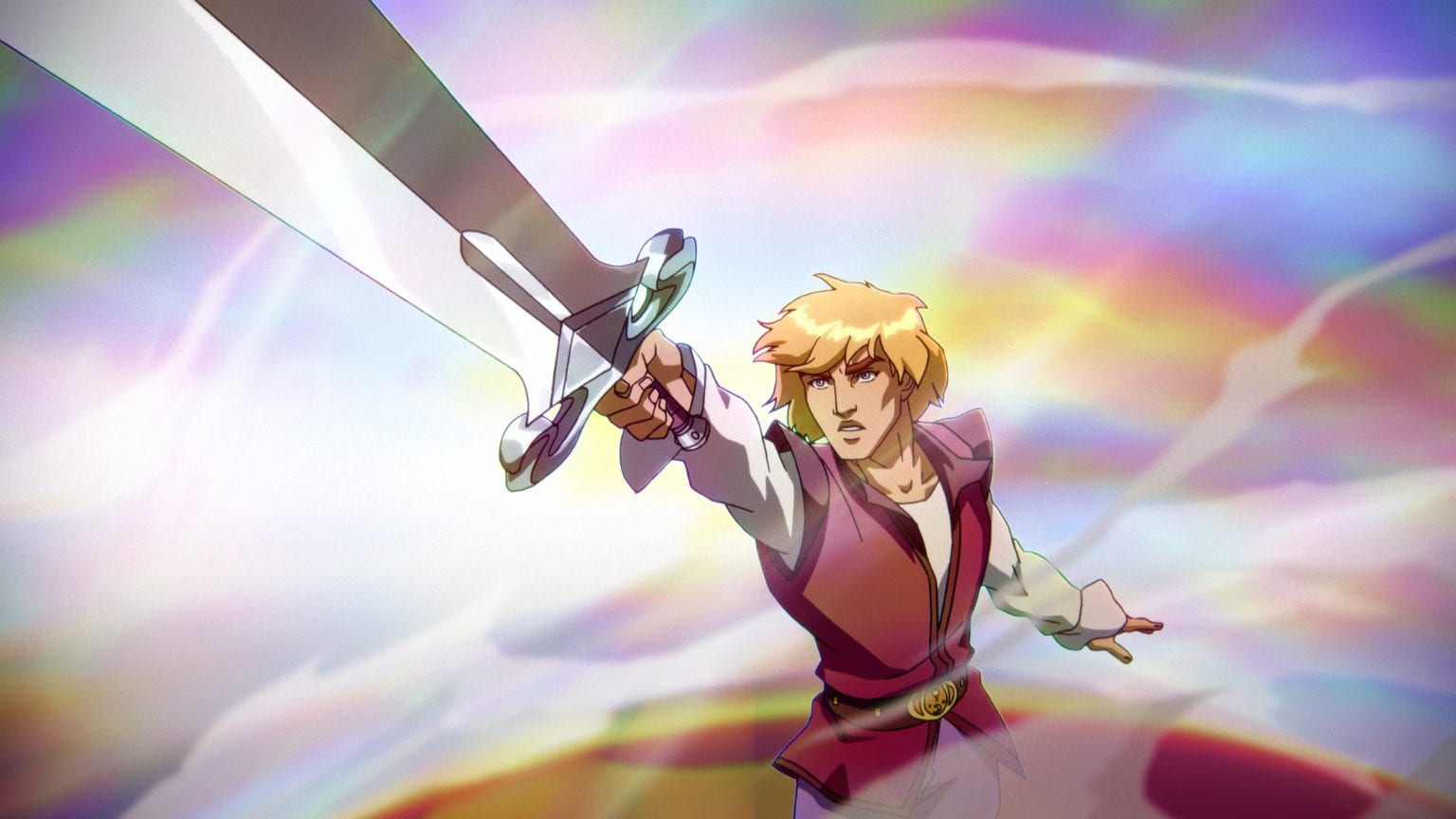 In a CG animated still from Masters of the Universe: Revelation, Prince Adam, a young light-skinned male with light-colored eyes and blonde hair, stands encircled in a multi-colored fog, silver sword raised with his right arm. He wears a white long sleeve tunic, a red vest and a brown belt with a golden belt buckle cinching his waist.
Animation

We are DELIGHTED to share with you some first-look images at Kevin Smith‘s upcoming “Masters of the Universe Revelations” series from Netflix. The 5-episode cg animated show already has quite the buzz, and with this gallery, we have to imagine fans will be even more excited for it.

Here’s what Kevin Smith had to say about the series:

“I watched all of the TV series growing up, it was everywhere in the ‘80s. These characters started off as toys and ended up becoming part of the global pop culture fabric. So much of this show has been possible because of the love and affection for this world at every level of production and the fandom surrounding this franchise. A big reason we got such top tier voice talent is because people genuinely want to be a part of this world. So many of us were touched by these stories and these characters early in our lives and were so happy to come back to Eternia. But even if you’ve never watched a single episode of the show or don’t know this universe at all, you can jump right into the story. It’s a really classic, universal action-adventure epic about growth, discovery, magic, and power. This series explores destiny in a fresh way. There’s a lot of reconciling with secrets, betrayal, trust, acceptance, love, and ultimately, loss.

Narratively our show is set up as the next episode in the legacy ‘80s animated series that aired from 1983-1985. This is a continuation of that story. We’re playing with the original mythology and characters, and revisiting and digging deeper into some of the unresolved storylines. Visually we also made the conscious decision to lean into the MASTERS OF THE UNIVERSE line of toys for inspiration as well. Mattel owns this entire vast library of that artwork, so right away we wanted the show to open with classic pieces of that artwork. Mattel has been committed to this look since they first started as a toy line in the ’80s, and now we’re leaning into it and honoring it.

One of the things we’re the most looking forward to? A Bear McCreary score!

“Masters of the Universe Revelations” will hit Netflix on July 23rd, 2021.