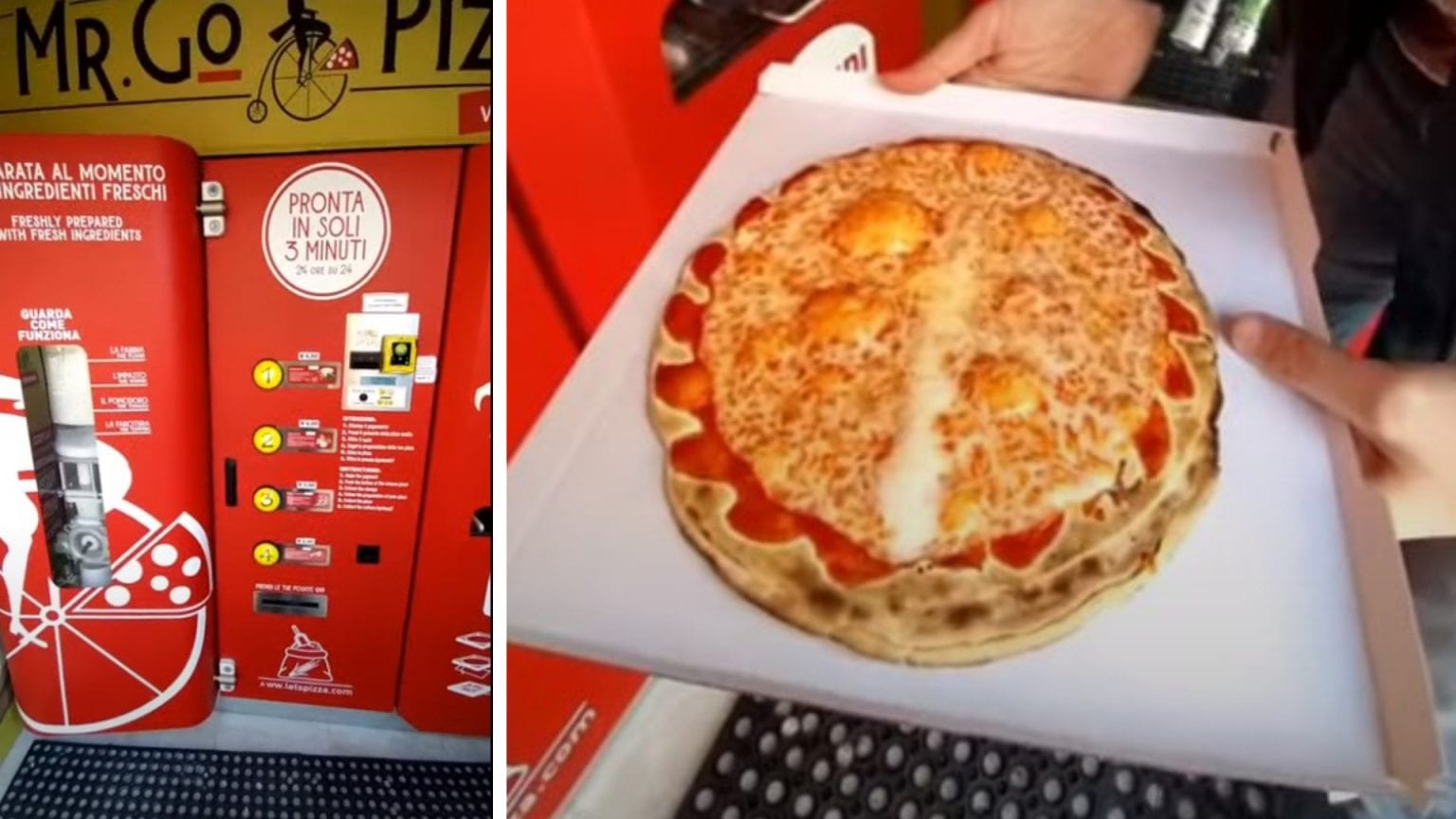 New pizza vending machines have rolled out in Rome, and unsurprisingly Italians aren’t happy about it. A company called Mr. Go Pizza has machines that take a whole 3 minutes to make you a pizza as you watch. As you would expect, a 3 minute pizza is about the quality of a 7-Eleven one. Worse looking if you ask me.

Never have I been so angry as I was when I got one of those dollar Celeste Pizzas. It was utterly disgusting and when I look at the images of the pizza produced from these new vending machines I get the same reaction. The machines kneads the dough, puts on toppings and bakes but there’s no heart in it.

Four different kinds of pizzas costing from $5.20-7.20 can be bought from the machine. One student who tried one of the new pizzas said it was “acceptable if you’re in a hurry.” So basically it’s edible- and not much to write home about.

It’s interesting that these machines got approved in the first place because they’ve been trying to protect their cuisine. For example they’ve started to roll out a law that will penalize people who make fake gelato. They want to keep their gelato makers and traditional culinary artists happy, and I just don’t see how these new vending machines are doing that.