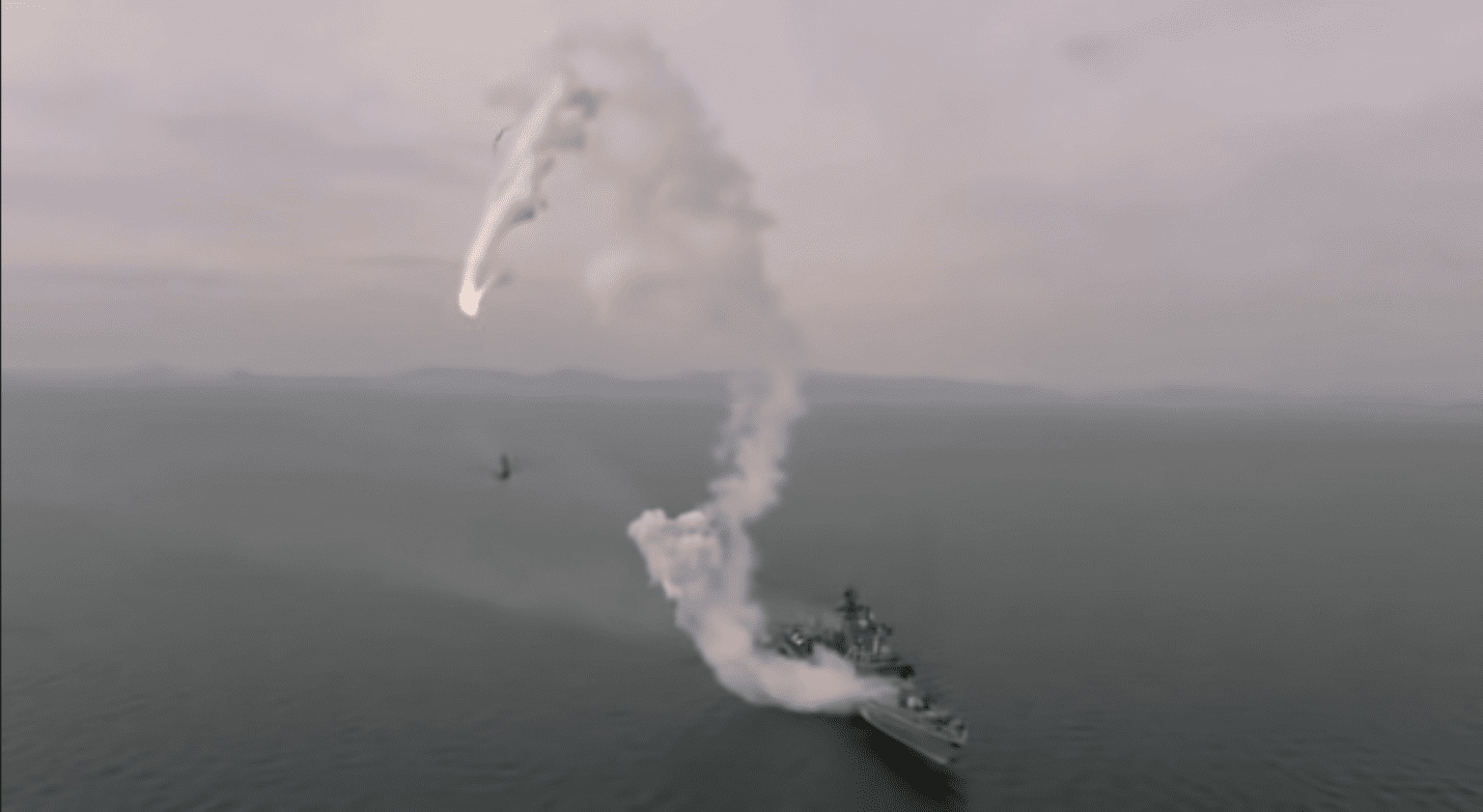 A video showing Russian destroyer Marshal Shaposhnikov test-launching a Kalibr cruise missile has been shared on social media. In the video, you can see that the test launch goes horribly wrong. Instead of accelerating up to the intended height and zooming off, it twirls up, then down into the Pacific Ocean.

Rob Lee, a PHD of war studies shared the video on Twitter.

It’s unclear when this failure occurred, but it sure is interesting to watch!