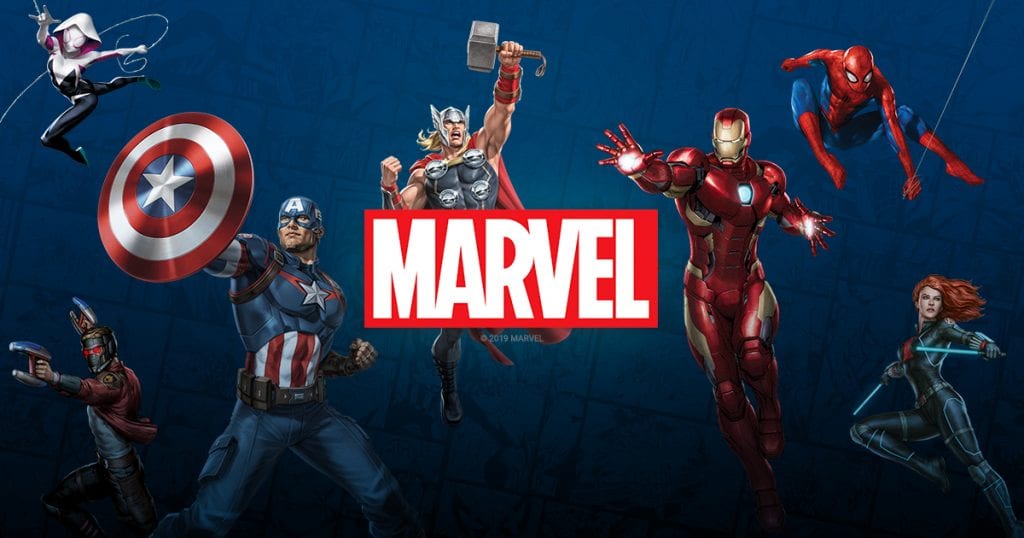 11 Signs You Are a Big Marvel Fan

Marvel movies have managed to attract the attention even of those movie fans who never were interested in anything related to superheroes. The Marvel Universe is diverse, fun to explore and has awesome superheroes some of which are ordinary people. You can say a lot of positive things about Marvel Universe, whether you are a fan or a die-hard fan.

Yes, there is a huge difference between die-hard and ordinary fans. Why so? As mentioned above, many people have grown into liking Marvel movies. But have they read the comics? Exactly, they haven’t! If you are curious about what makes a real, biggest Marvel fan a fan, then read this article.

#1 You Notice the Differences Between Comics and the Movies

Just like die-hard Harry Potter fans were disappointed since they have spotted lots of differences between the books and movies, the same thing happens to die-hard Marvel fans. The very fact that you can tell the difference between a comic book and a movie makes you a real fan.

Don’t be upset, it happens all the time. When a movie is based on a game, book, comic book, etc., fans are usually disappointed. Or even if not disappointed, they notice certain differences. The good thing is that you have a deeper understanding of characters’ backgrounds, the decisions they make, etc.

Certain universes are becoming so popular, that you can even buy various items, not just T-shirts with favorite characters or phrases. For example, Harry Potter fans can enjoy Wizarding shops all over the world and buy various ‘magical’ items. Luckily, die-hard Marvel fans can enjoy the same experience by collecting different action figures or items from the movie.

Most real Marvel fans have either collections of action figures or at least some merchandise items. Why not? It’s so fun to own the items from the movies you like. Owning things like that can even improve your mood when you are upset! If you own at least something related to the Marvel Universe, consider yourself a fan!

#3 You Have Marvel Graphic Novels Collection

As it was already mentioned, a real fan has read comic books. You may not win the full collection of comics, but you have at least certain parts of the graphic novel. As a result, you know more about your favorite heroes, villains, additional important heroes, etc.

For example, in the Spiderman movie, you always see that the hero is attracted only to one girl. Whereas in the graphic novel, you have read that Peter Parker struggled because of his affection for his best friend Mary Jane. It wasn’t just about Gwen Stacy as it was shown in most movies!

#4 You Still Fall for Merch Related to Your Favorite Hero

You may no longer have space to store all the stuff related to your favorite superhero (or hero), but the moment you see another item that you don’t have, something clicks in your head. One does not simply resist purchasing something related to the favorite character.

It’s just impossible to resist the urge. Whenever you are shopping in the actual place or browsing through the Internet, the moment you see an item related to your favorite hero, that’s it! You are gone! That’s the nature of fans, we just want to relate to our favorite heroes, and merch helps us feel better.

Your friends may not even understand the references, nevertheless, you still use some favorite phrases of Marvel heroes. The very fact that you know quotes of Marvel heroes makes you a fan of the Marvel Universe. The die-hard fans though quote comic book phrases too!

#6 You Know the Background

Whether it’s a conflict, organization, hero, or villain, you are aware of the background. You don’t even need to read the reviews of the movies to learn about the backstories of your favorite heroes – you already know them. You can even make a bet and win, that’s how good you are at knowing every little detail of the graphic novel. If you still want to make a bet, csgo-bets.org is always open.

It doesn’t mean you are wearing merch T-shirts every day, but you probably had several occasions. Even if you weren’t attending a cosplay party, you still have been wearing something related to your favorite hero or heroes.

Those absolute die-hard fans have probably attended a cosplay party related to the Marvel Universe at least once. If it’s not common in your country or area, you at least wanted to attend such a party. It’s so wonderful, for a day in your life, you can become everyone you want! Just don’t be Thanos! Even for one day! It took him just a fraction of a second to change the Universe forever…

#10 You Are Fanfiction Creator

When some die-hard fans find it sufficient to simply read the stories of other creators, you may think it’s not enough for you. If you ever felt like the hero was supposed to act differently, you, probably, wanted to change that. And wanting to change something can lead to a decision to change it!

Why not? It’s fun, entertaining, and since you don’t earn money from distributing fanfiction, you don’t breach any laws related to intellectual property rights! If you have at least one fan fiction story, or if you have an idea of what you would change, then consider yourself a die-hard fan.

#11 You Keep Monitoring Video Content Related to the Marvel Universe

It’s not news that many content creators create reviews on movies, comic stories, etc., related to the Marvel Universe. It is always interesting to find out about the point of view of another fan.

You may disagree or agree with what the content creator says, and you may have even found yourself in a situation when you leave a comment. You may have even engaged in a conversation or a heated argument on YouTube! That’s because you are a real fan of the Marvel Universe.

Eric Brown is an experienced journalist who enjoys writing about sport and lifestyle. He has recently launched his own website csgo-bets.org where he covers topics of great interest for modern men.