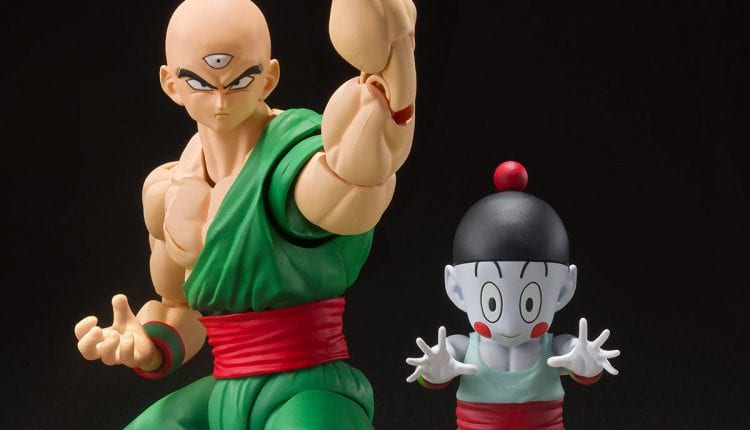 Action figure masters S. H. Figuarts are continuing their run of awesome “Dragon Ball Z” figures with a brand new release. Especially exciting for those weary of yet another Goku or Vegeta figure, this time Bandai and S. H. Figuarts have turned their attention to two much-loved classic characters, the three eyed warrior Tienshinhan and his lifelong companion Choaz.

As with any S. H. Figuarts release, the two have been perfectly recreated into action figure form, each with multiple points of articulation for dynamic poses and battle stances. Including multiple expressions for Tien, as well as swap-out hands allowing the three eyed warrior to form his trademark Solar Flare and Kikoho Tri-Beam attacks.

Bandai and S. H. Figuarts releases are limited and only available for a short while, so if you want to add this classic pair to your shelves, get them fast. Hot off the recent sold-out release of figures of the entire Ginyu Force, and with big-bad Cooler still available, S. H. Figuarts continue to put out some the best looking, highest articulation anime figures on the market.

Tien and Chiaotzu are available to order on Bandai’s website now.

How AI Is Being Integrated Into Modern Security Systems