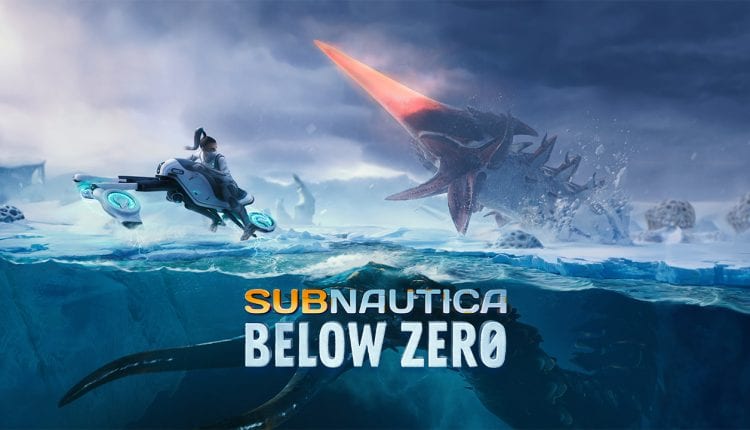 Get your Seamoths ready as after years of development, hopeful waiting from “Subnautica” loyal fans, and pre-versions available on Steam, the full release of the “Subnautica: Below Zero” is almost here!

Follow Robin and her sister Sam down onto planet 4546B after the departure of Ryley, the character you played as in the first game, to do research about a previously unseen ice cap on the planet’s pole. There are new creatures, some throwbacks to the original, a completely new storyline, there are new vehicles, upgrades, technology, it’s a whole new world of gameplay.

The official Subnautica Twitter let us know that the game is now available for pre-ordering, and gave us the full cinematic trailer.

IF YOU HAVE NOT PLAYED “SUBNAUTICA,” THERE WILL BE MINOR SPOILERS ABOUT THE STORY, YOU HAVE BEEN WARNED.

The first installment of “Subnautica” featured a crash of an Alterra spaceship called the Aurora, but only one of it’s passengers was able to survive long enough to leave the planet. Ryley has to figure out how to survive a completely alien planet, fighting against hunger, thirst, and scarier and scarier creatures the deeper you go into the ocean. He could build bases, construct three vehicles, get infected with a strange illness and- wait. a strange illness? On an alien planet? I think I need some de-caffe coffee for this.

Since we have about a month until Below Zero releases, it might be a good time to revisit the original game again, or try it for the first time. Both Subnautica installments are survival story-based RPGs, but this survival game is unlike any other. It utilizes the fear of the unknown, fantastic music, and leviathan class creatures to really immerse you into this alien world.

Releasing on May 14th, 2021- “Subnautica: Below Zero” will be available on PlayStation 4, PlayStation 5, Xbox One, Xbox Series, and the Nintendo Switch. You can pre-order it now on Amazon here.

“Subnautica” is available now on Microsoft Windows, MacOS, Xbox One, PlayStation 4, and the Nintendo Switch.